Our 5th anniversary adventure brought us through 4 seasons and 2 new countries within 2 weeks. Started our trip hanging out with friends in San Francisco, followed by a relaxing getaway in Fiji, and ended the trip with a 10-day road trip across New Zealand. I'll share more about our adventures in the next few posts. Follow along! 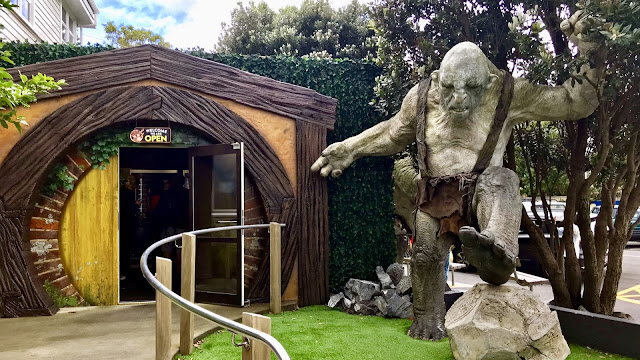 After spending a night in Christchurch and dropping off our rental car at the airport, it's time to bid goodbye to the South island and continue our journey to the North. While we could have possibly gotten a relocation deal to drive from Christchurch to Wellington, we decided to fly to avoid 'wasting' another day of driving. Besides, a lot of relocation deals don't include ferry cost between Picton and Wellington, which costs approximately NZD273 ($186) for 2 person and a car. Flying turned out to be the most cost and time-efficient option as it costs a total of NZD71 ($48) for the both of us, including 20kg checked baggage, and the flight was only an hour. 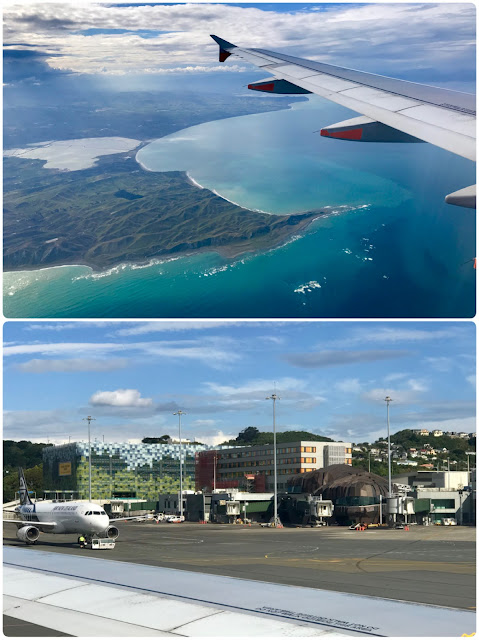 Landed at Wellington airport at 5.30pm. We originally planned to pick up the rental car upon arriving at the airport but after considering the time and additional cost (NZD 40) to park at the hotel, we decided to pick it up the next morning instead. 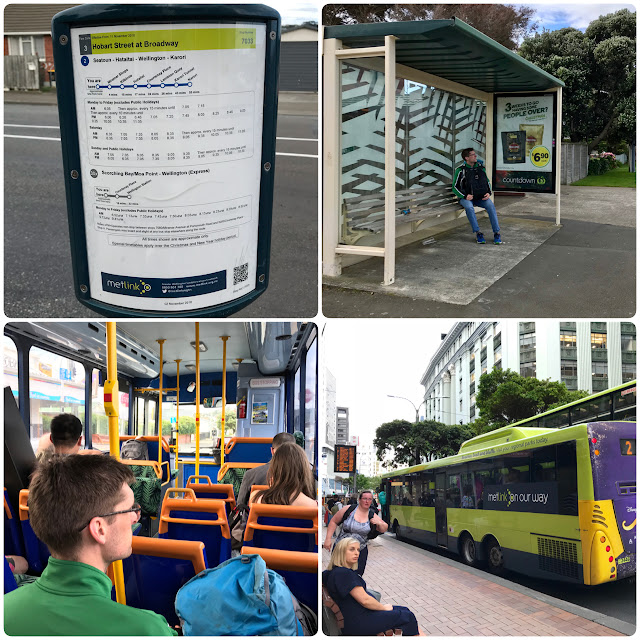 Instead of taking the Airport Flyer (bus 91) directly from the airport to the city for NZD12, we chose to be 'local' and walked 900m to another nearby bus station to catch the normal bus (bus 2) from Hobart Street to Lambton Quay at Cable Car Lane. The bus ride took about half an hour and cost NZD5/pax ($3.50), we paid cash. 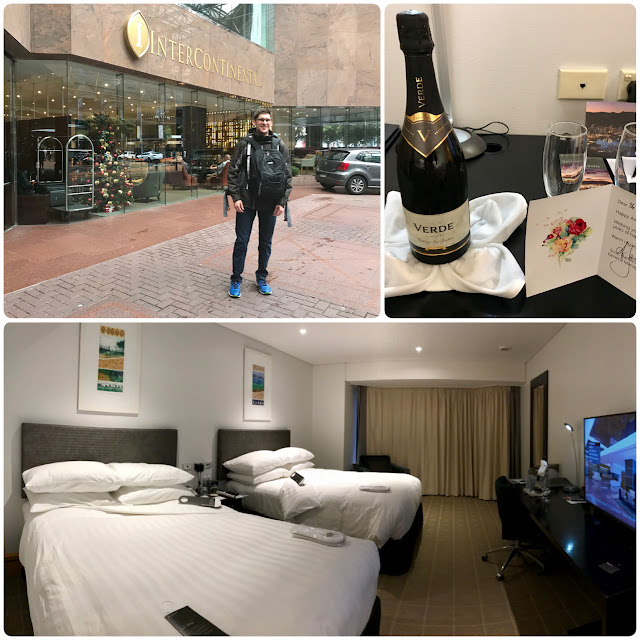 Our hotel for the night - Intercontinental Wellington for 35,000 IHG points. Thanks for the anniversary welcome gift! =) 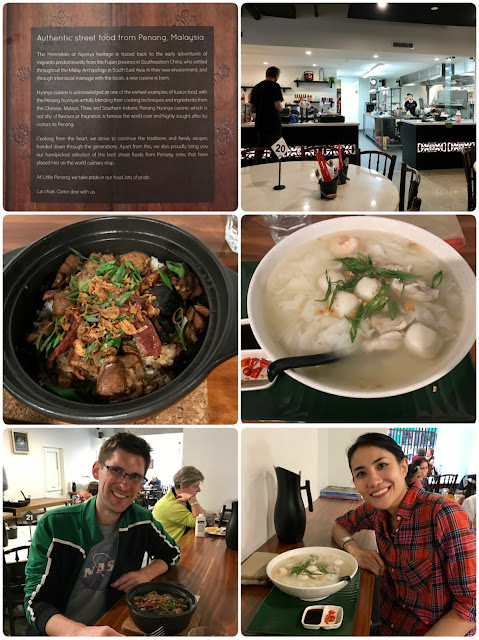 Walked 15 min to Little Penang on the Terrace for a taste of home. =) I ordered Koay Teow Th'ng while hubby ordered claypot chicken rice. The food was decent and reasonable. Total cost for the both of us was NZD32 ($22). 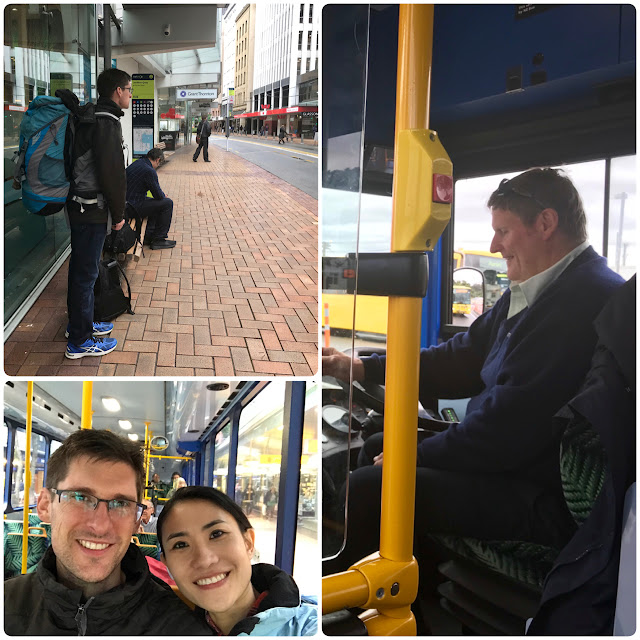 Took the bus (NZD5) from the hotel to the bus stop closest to Jucy's office near the airport. The bus driver was super nice and helped us figure out which bus stop to get off. 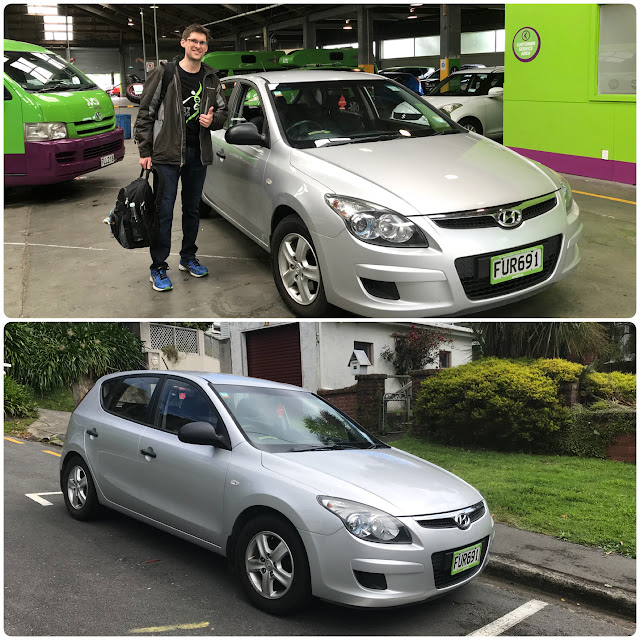 Picked up our rental car (Hyundai i30) for 3 days at Jucy's office. 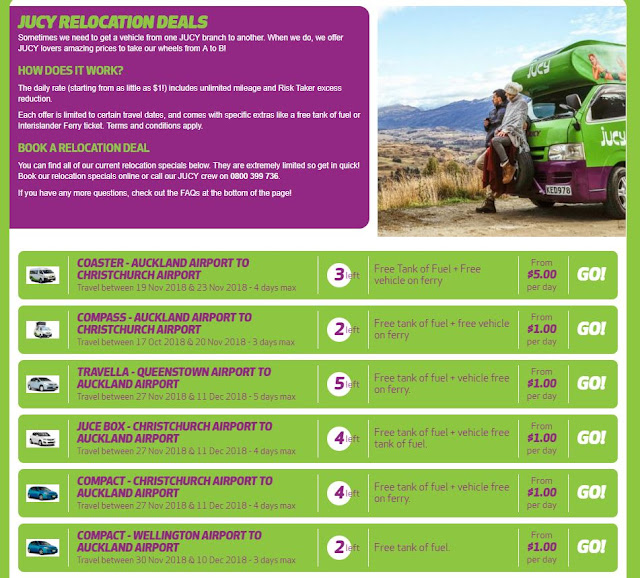 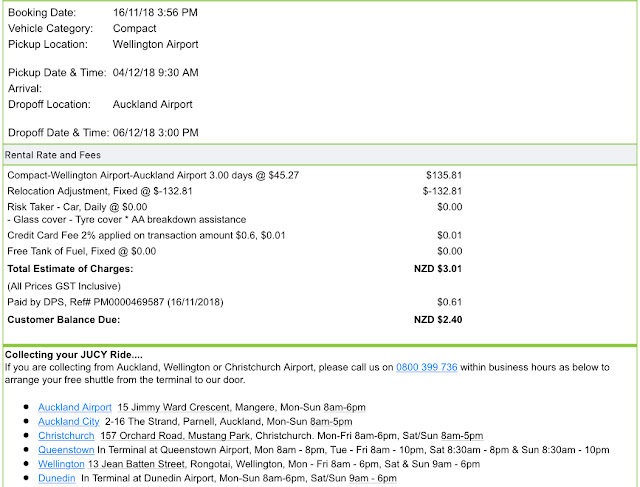 This was another relocation deal I found on Jucy's website, to drive from Wellington to Auckland for NZD1/day with one free tank of fuel included. Our total rental cost for 3 days was NZD3 ($2)...what a steal! =D 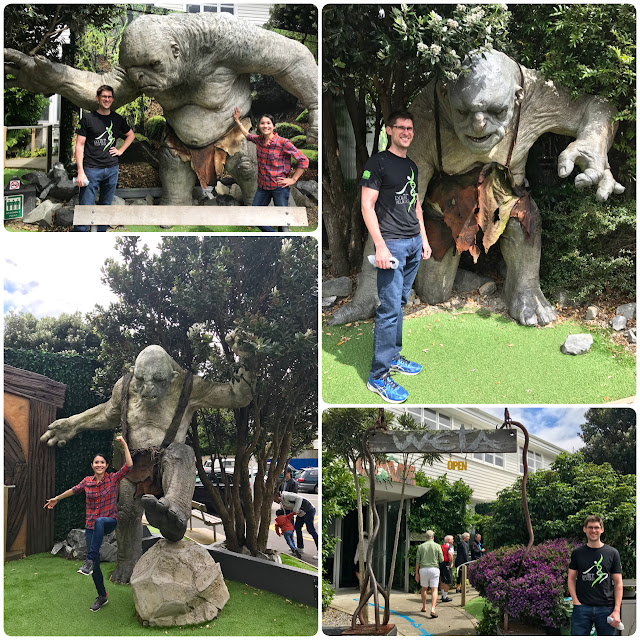 Our one and only sightseeing stop in Wellington was Weta Cave. Hubby is a huge Lord of the Rings fan and Weta workshop was the creator of majority of the movie props. Who would've known that this unassuming workshop located in the middle of a small neighborhood had all these creative talents to create such a great movie! 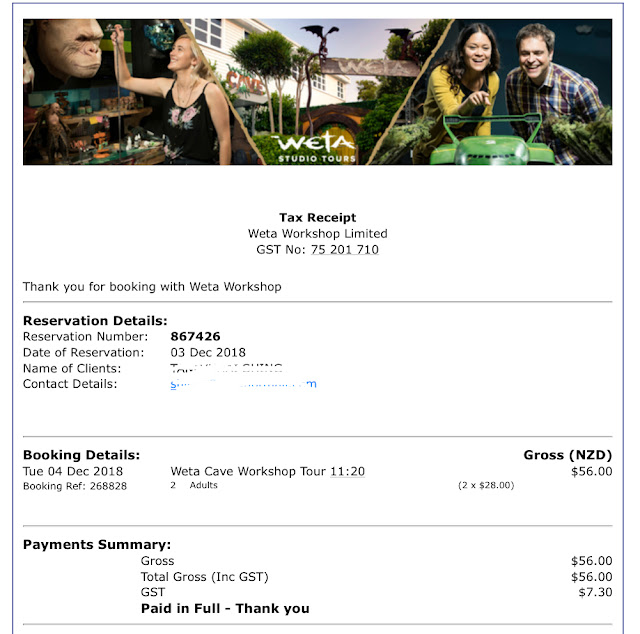 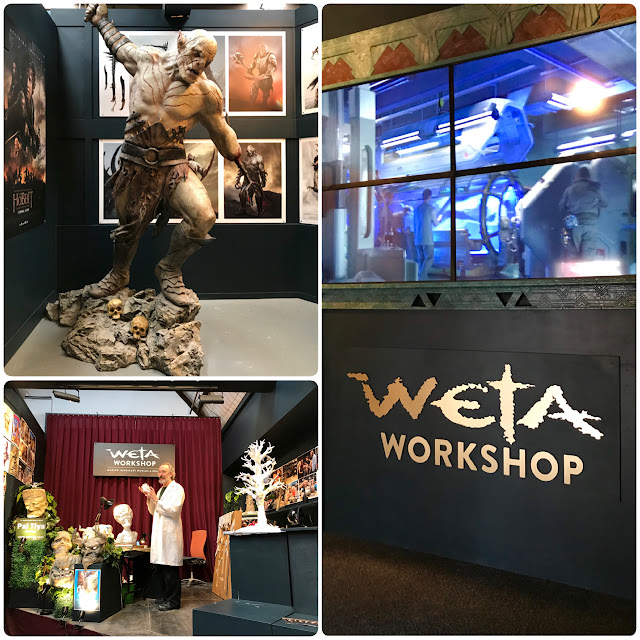 We took the 45 min guided tour for NZD28/pax ($20). Unfortunately, no photos allowed during the tour. 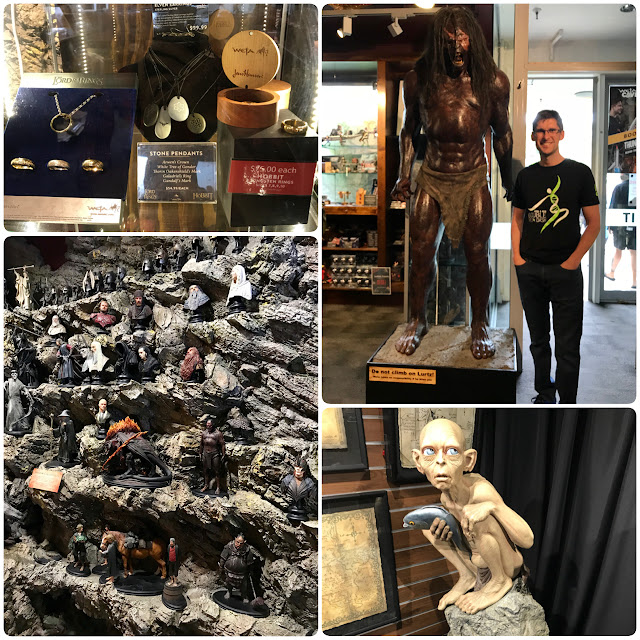 Exhibits and merchandise for sale at the workshop.

That's all for our short time in Wellington. Stay tuned for the next post! As a token of appreciation for scrolling through this long post, here's our map and itinerary to help you plan for your New Zealand adventure! Click on the top right 'square' to open in Google Maps. 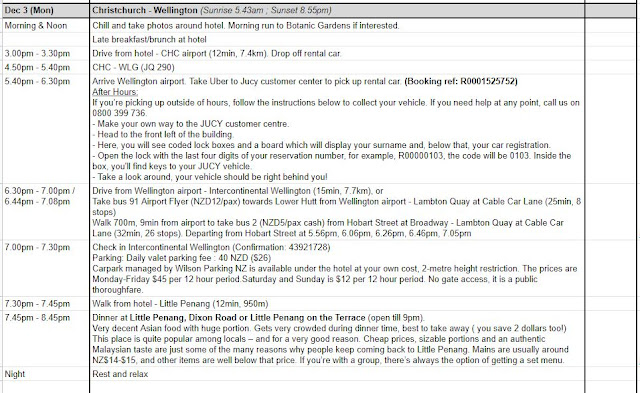 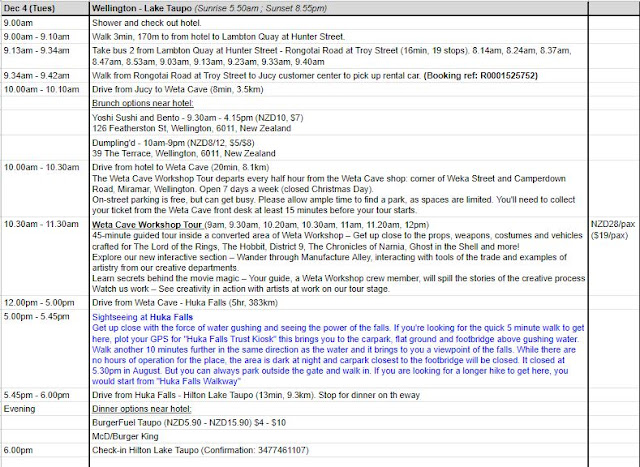