Typically, I'm against following tour groups when I travel. Our initial plan was to find local transport to travel around Sacred Valley (from Ollantaytambo to Maras/Moray), but after doing some research online, it seems like it was gonna be quite a hassle. Then I found a 1-day Moray/Maras tour on our hostel's website for only $13/person, so we decided to go for that instead. 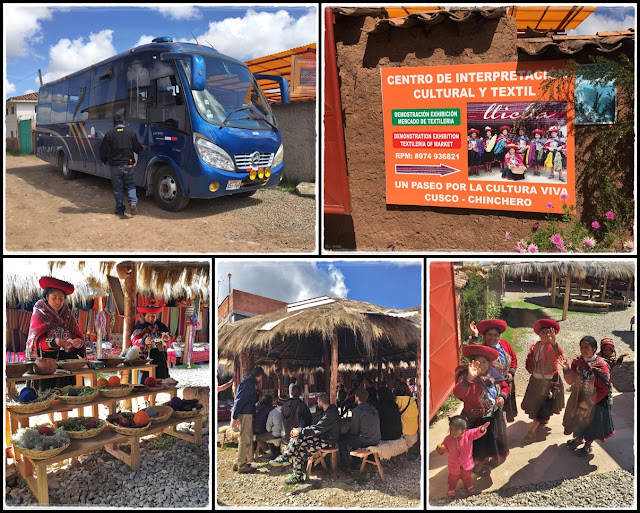 Hopped on the bus and started our tour around 9am. Our first (unexpected) stop was the Traditional Textiles Center in the town Chinchero. The local ladies gave a demo of how textile is made traditionally by spinning fur or wool from alpaca/llama, dyed using natural ingredients such as flowers/corns, and weaved to make colorful clothings. It was pretty cool but the entire demo was done in Spanish...me no understand. =P Surprisingly, they didn't push for us to buy anything so it's really more of an effort to promote their traditions that just to make money. 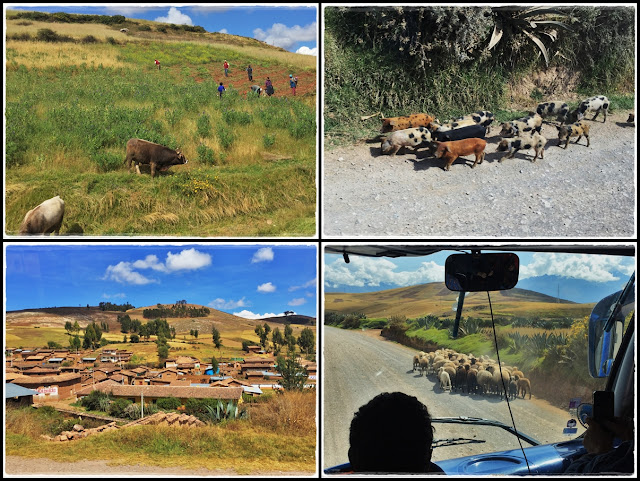 Saw a lot of Quinoa plants as it's one of the main crop in the Andean region. 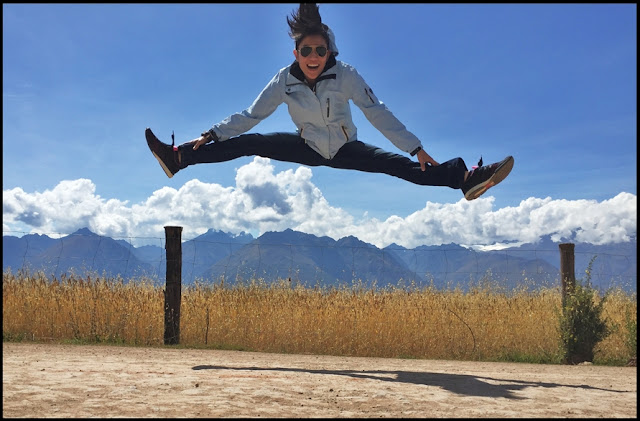 When we arrived at Moray, we were told that they no longer sell single ticket for this site. We would have to buy the Partial Boleto Turistico ticket that comes with tickets for 3 other sites, which we didn't plan to visit (i.e. Chinchero, Pisac, and Ollantaytambo) for 70 soles/$22. Erm what stupid system...so we decided to give this a pass. And since we had nothing to do while waiting, I asked hubby to help take some jump shots. =P 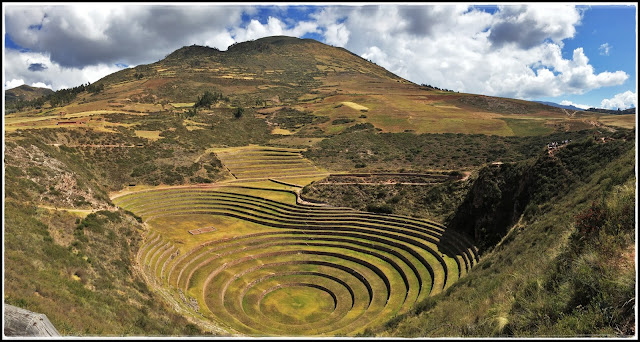 So somehow I ended up getting into the site coz even our tour guide thinks that the ticketing system was stupid and she thought we should see the site at least from far. =P Moray was a massive Inca agricultural terraces, where the Incans used to grow different type of crops at each different level based on the large temperature difference between the top and the bottom. It may not look big from far but if you take a closer look, you will spot some people walking around it and that gives an idea of how big these terraces are.

I had zero interest in hiking all the way down to the terraces, especially not with more sore legs. So just a few photos and selfies and I was done with this attraction. =P

Next stop...Salineras de Maras (Maras Salt Mines). This is a privately-owned mine so the entrance fee was sold separately and cost only 10 soles/$3 per person. As you can see, there are thousands of individual salt mines that form unique terraces on the hillside.

Maras is a tiny little old village where pre-Columbian terraced saltpans are still harvested in the traditionally backbreaking and poorly remunerated way by the villagers. But we didn't see a lot of people working on the mines when we were there, I guess they get more money from the entrance fees than selling salts...lol!! 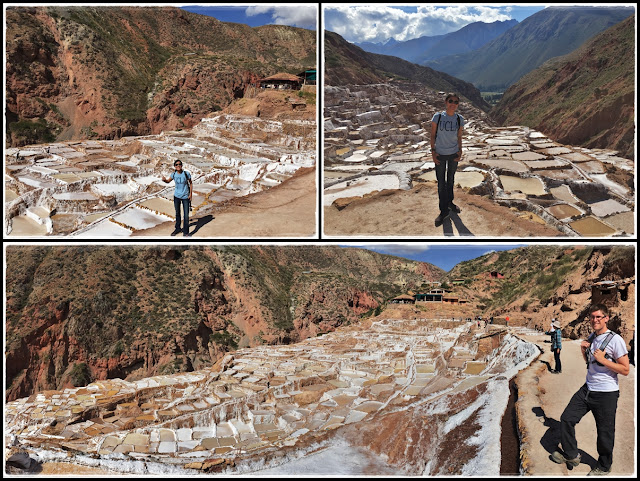 Two anti-socials left the tour group behind and wandered around ourselves...haha! There were some areas where you need some balancing skills to go through especially when there's people coming your way. You would be soaked and salty if you fall...lol! 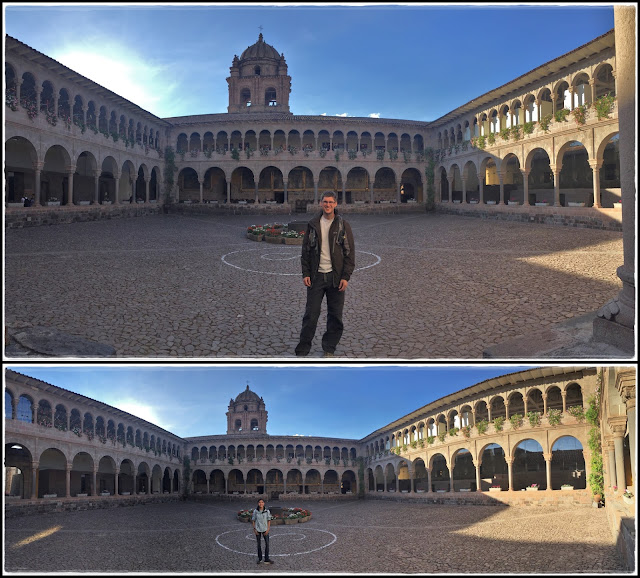 Visited Qurikancha (Temple of the Sun) for 10 soles/$3. This is one of numerous sites where the Spanish incorporated Inca stonework into the structure of a colonial building when they conquered the Inca Empire. 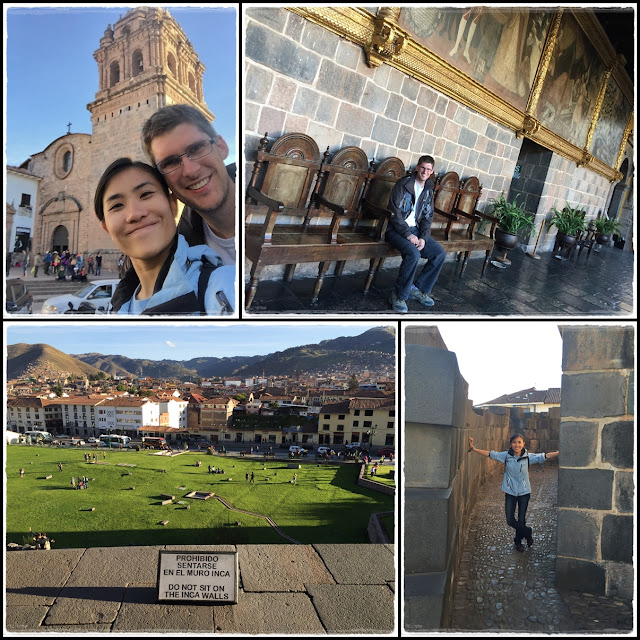 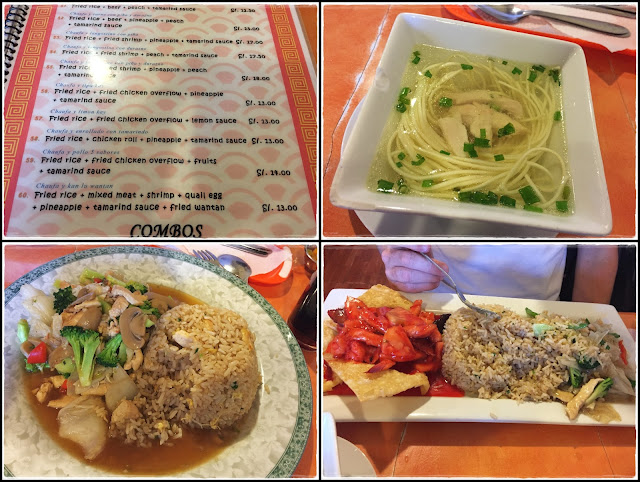 Chinese food for dinner...haha I'm so Asian! I have no idea why but Chinese food always seem to be the cheaper option around. In fact the food tastes pretty good and the portion was also huge...just like how they described it on the menu...'OVERFLOW'...lol!!
Powered by