Yeahh...I'm back from Ireland!!! :) It's been a great weekend getaway...lotsa walking but the amazing scenery made it all worth it! Not bad for our first backpacking trip. Best of all, the weather was GREATTT...sunshine and cool wind throughout the weekend!! Took soooo many pictures so I'm gonna split this 4d3n trip into few posts...haven't had time to sort out all the pictures yet. Gotta catch up with studies this week so hopefully it won't take too long for me to edit the photos.

Guess what brought us to Ireland? Hehe...cheap flights!! :) Ryanair was having a sale in May and so we got our tickets for £8 per way. Could have saved £5 if we had a mastercard prepaid card. =.= The flights were so cheap that everything else was more expensive than the flight...weird right?

Walked to Sheffield train station to catch our train at 9.42am to Liverpool...yea the ang moh time very 'chun' one...not 9.40 not 9.45...departed exactly at 9.42! My seat was facing backwards...against the direction that the train was moving...felt like throwing up! 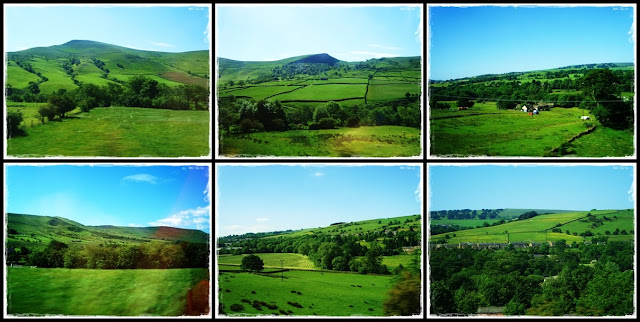 More greeeeens along the way...getting tired of taking green pictures already...they all look the same isn't it? 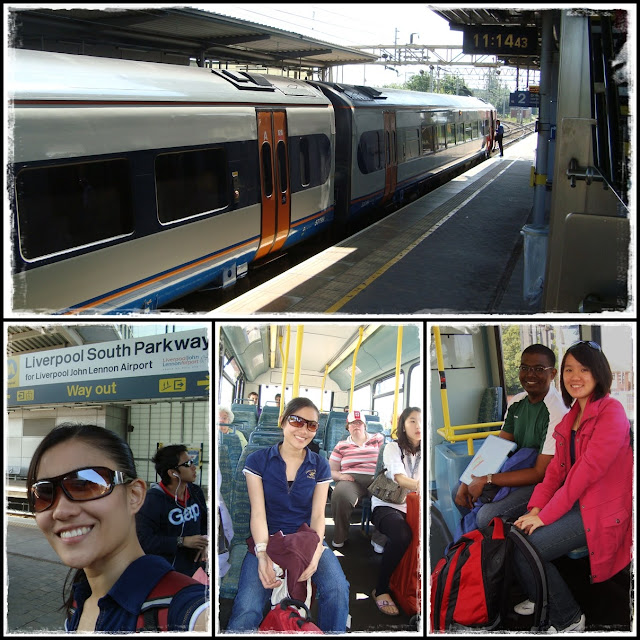 Arrived Liverpool South Parkway station at 11.14am then took a bus to the airport 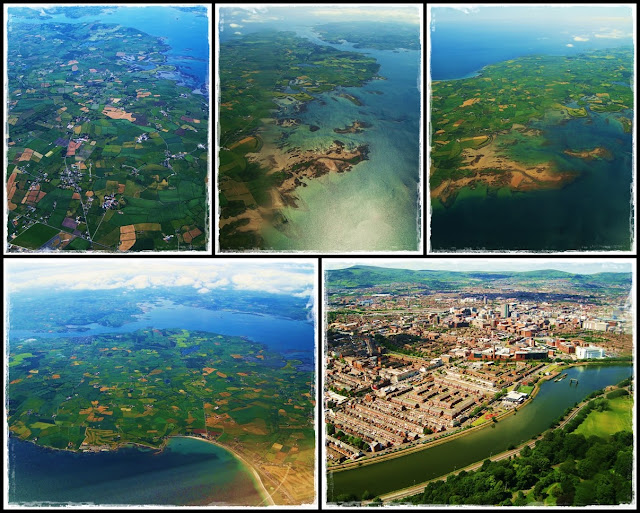 We were all starving when we arrived so first stop was lunch at "AM PM" bar.

Foooood!! The 2J's were most excited about food...that's all that they care about...haha!


Started walking around the city aimlessly...5 homeless Asians..didn't even know where we were. We just walked & walked & walked...u know how much i don't like walking right???

Botanical garden. The grass here seems to be cleaner huh? Everyone was chilling under the sun...we would be barbequed if we did the same thing in M'sia!!

Belfast City Hall. We were lucky to visit one day earlier coz they closed it the next day for cycling grand prix. 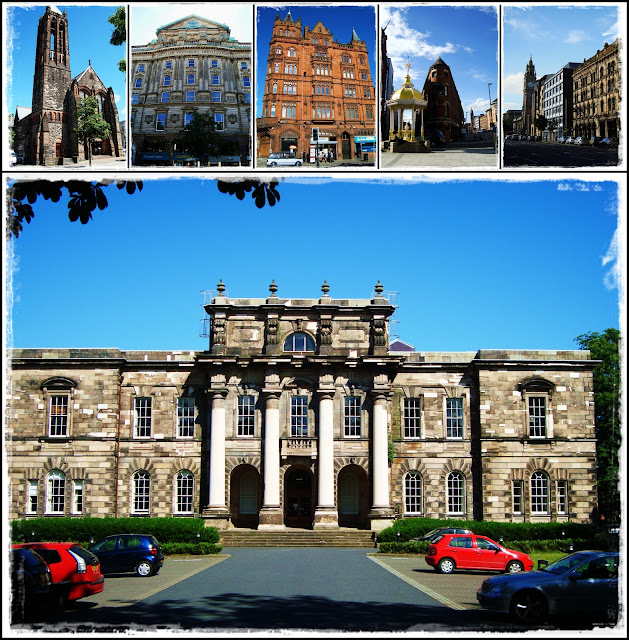 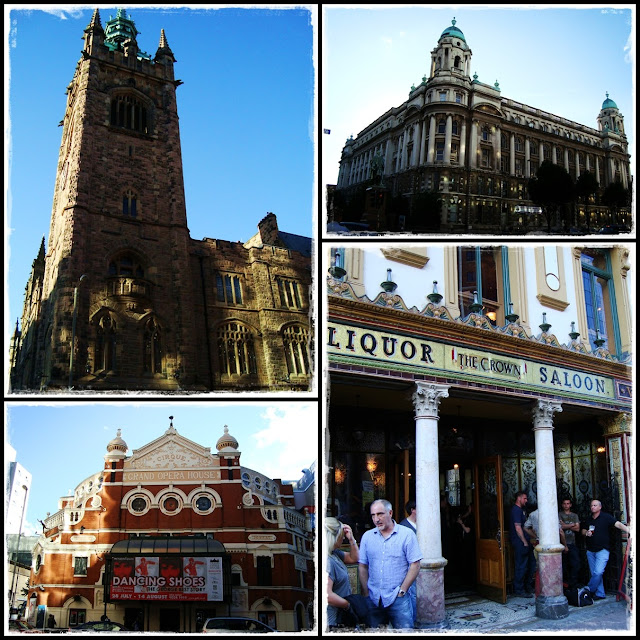 Lotsa cool architectures in the city. Don't ask me the names...I'm just interested in taking pics of buildings...not a history person. :p

The Waterfront/Thanksgiving Square. Our tour guide gave that female figure a cool name - "Lula with the Hula". :)

Random pics as we walked along the waterfront. 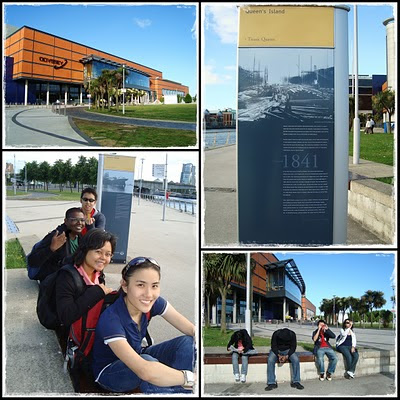 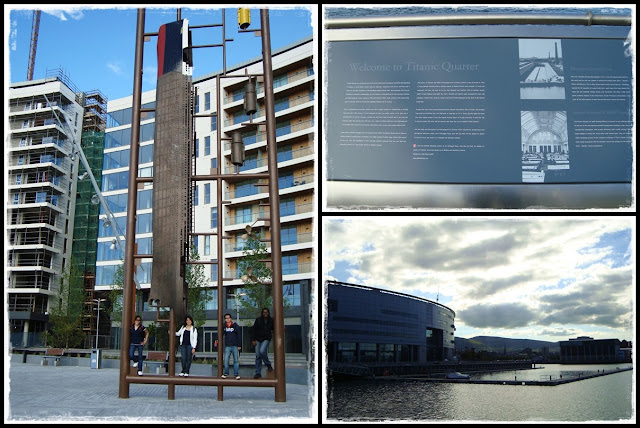 Titanic was actually built in Belfast but according to the tour guide, the sinking had nothing to do with Belfast. He said, "Titanic was perfectly safe when she left our shores, she was fine, there wasn't anything wrong with her. And it's not our fault that she had a Scottish engineer, an English captain, and a Canadian iceberg in her way." Hahaha...he's hilarious larr!! 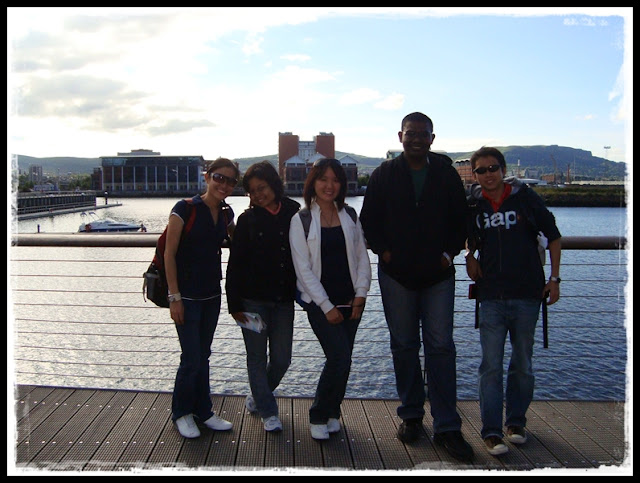 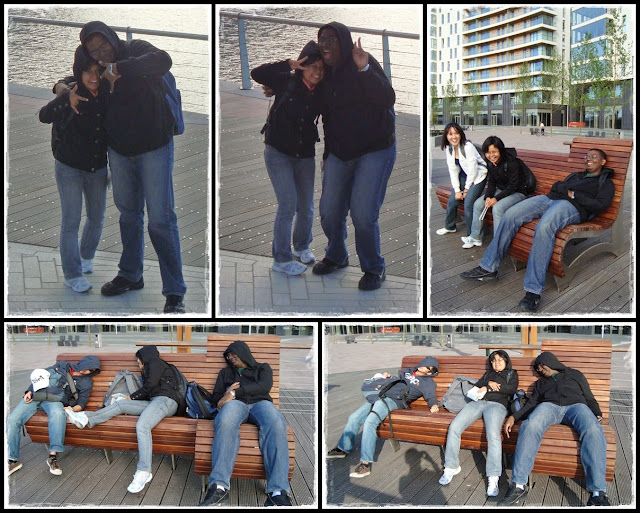 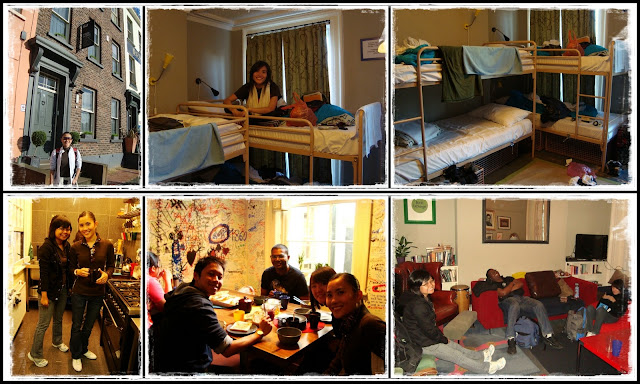 Vagabonds hostel. Small but cosy little hostel. Met backpackers from several countries but was too lazy to so-sial. Just chatted some with a girl from Taiwan & our roommate from Australia.

18June 2010 (Fri) : Giant Causeway Day Tour
We followed McComb's tour for this Giant Causeway trip. The student price for this tour was £20 but I had another 20% voucher so it was supposed to cost each of us £16. But...guess how 'smart' 5 accounting students can be?? None of us realized that the guy gave us the wrong change so we ended up saving only 10% instead of 20%...smart right??? But anyway, this trip was definitely worth the price paid...A-M-A-Z-I-N-G scenery throughout the entire journey!!! Don't believe it?? Keep scrolling down and 'see' it for yourself...hehe! :p The driver was also very humorous and told us a lot of info about the sites. Our trip started at 9.30am and the whole bus was full!!

First stop: Carrickfergus Castle
We were all very 'sam pat'...first time seeing castle so rushed down the bus and started taking plenty of pics. A kind American couple offered to help us take a group pic and guess what they said when I offered to help them take a pic? She said, "Ohhh....you have no idea how many castle pictures we've taken!!" They've been traveling around Europe for 2 months...no wonder la! 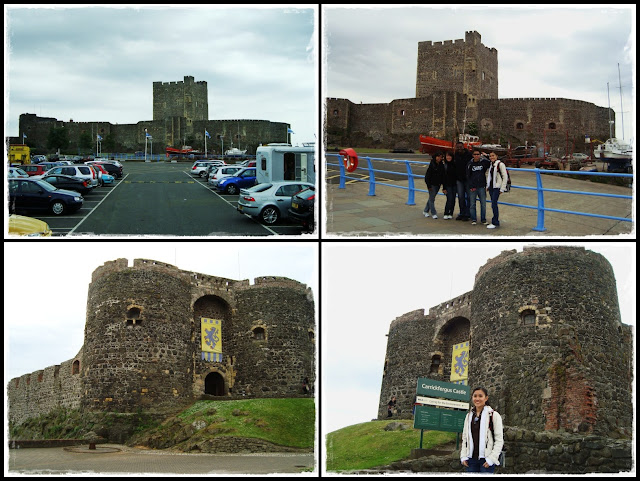 Our bus took the Causeway Coastal Route to go up north. This Causeway Coastal Route is rated as one of the top 5 road trips worldwide! No joke wei...I was in awe of the breathtaking scenery!! The road hugs the narrow strip of coastline btwn the sea and high cliffs (copied this from the brochure)...haha!! And of course I got my 'first class' seat to take loads of pics...left, right, front, back...luckily I brought my netbook to transfer the pics. ;) 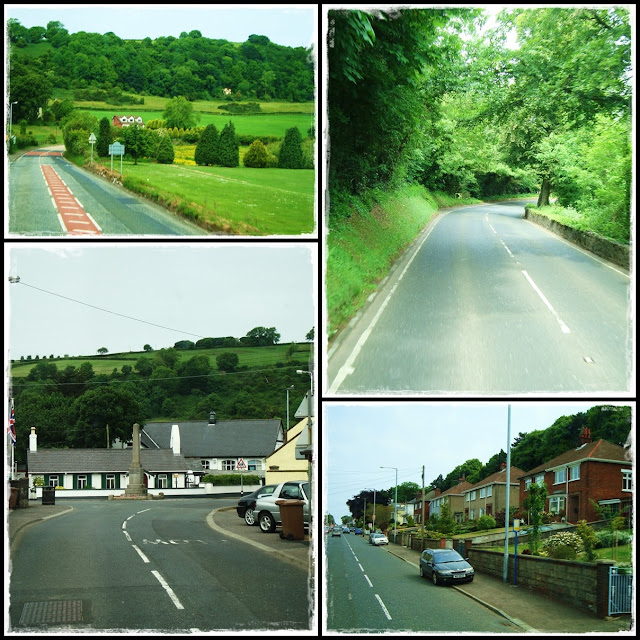 That small tunnel was only about the size of the bus. 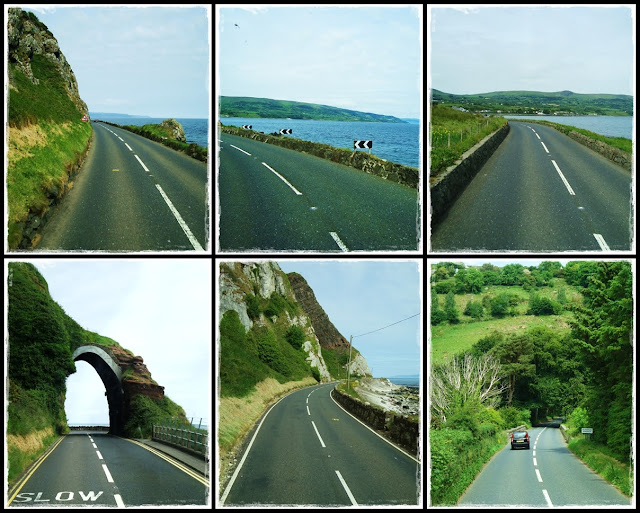 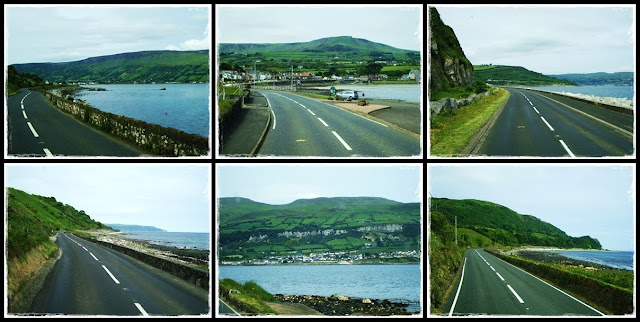 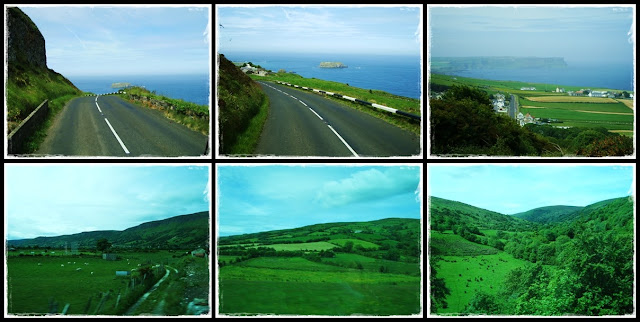 Got mountain got sea....good fengshui huh? How awesome would that be if I can own a house there! 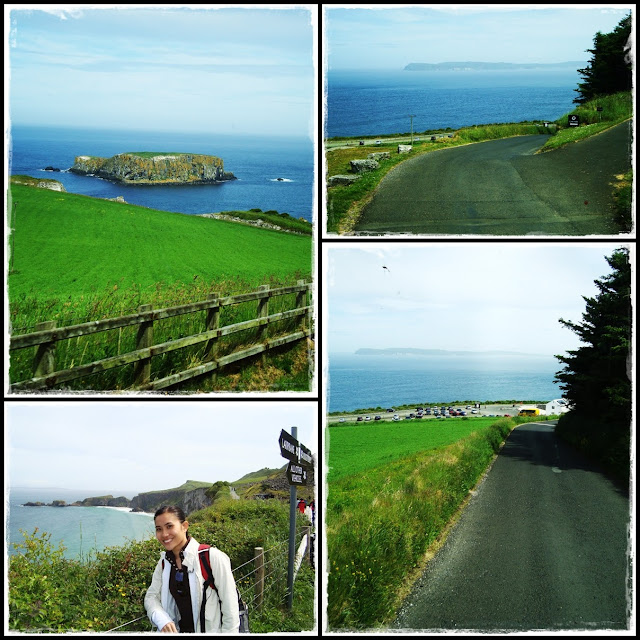 Arrived Carrick-a-Rede Rope Bridge...gotta walk about 15 min to get to the bridge.

See how much we need to walk & hike!! But at least the view is awesome! Can start singing "The Climb" liao...there's always gonna b another mountain...why??? =.= 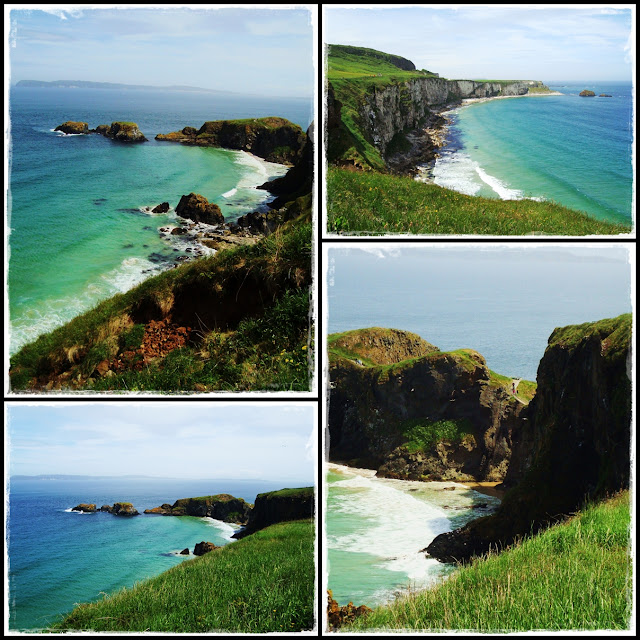 Ahhh....all my pics are nice apart from the one with me in it...why la wind??? That justifies the 3 layers of clothes that I'm wearing right? 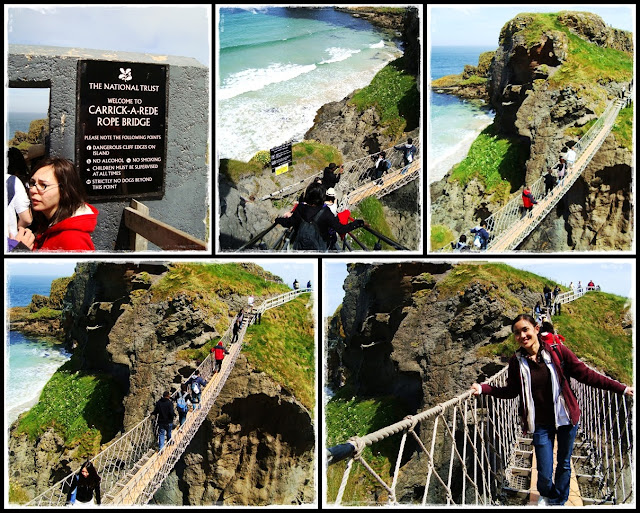 The rope bridge was 30-metre deep...cool but scary! 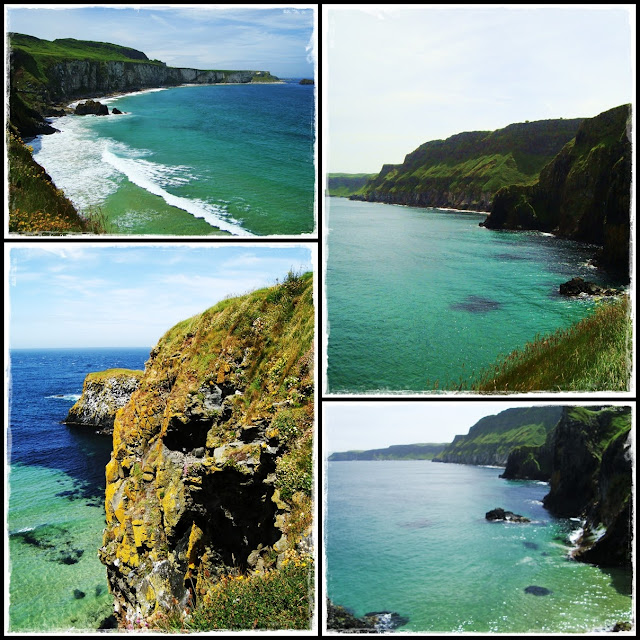 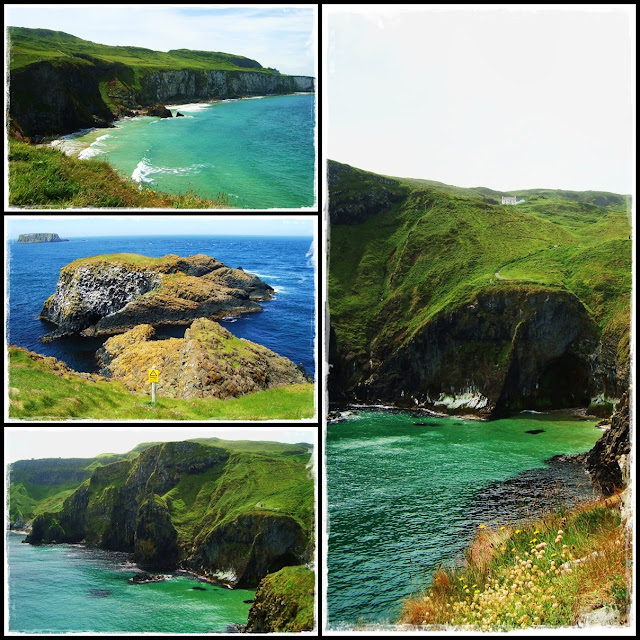 More pictures after crossing the bridge...the water looked so pretty! 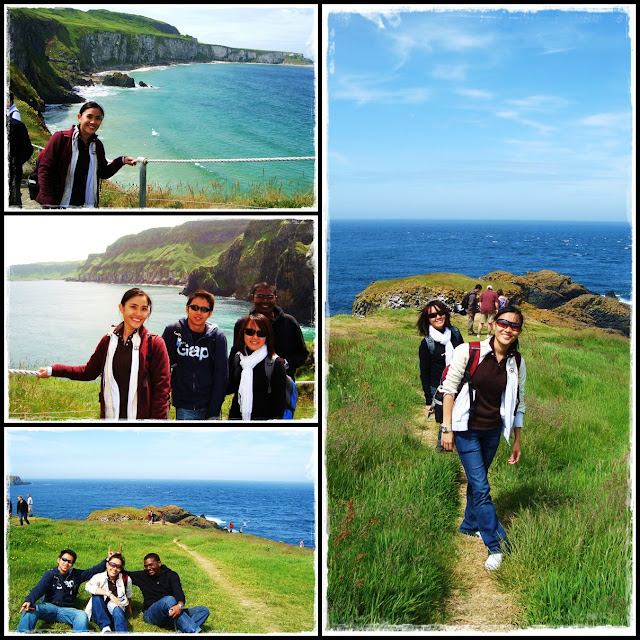 I was like having a fashion show...wear jacket, take off jacket, wear again...crazy wind!

These 3 naughty monkeys...don't know how to read the sign "DANGER"...sumore wanna take picture with that sign. I 'no eye look' them.

I'm a good tourist...follow instructions and don't go near the cliffs...haha! :p 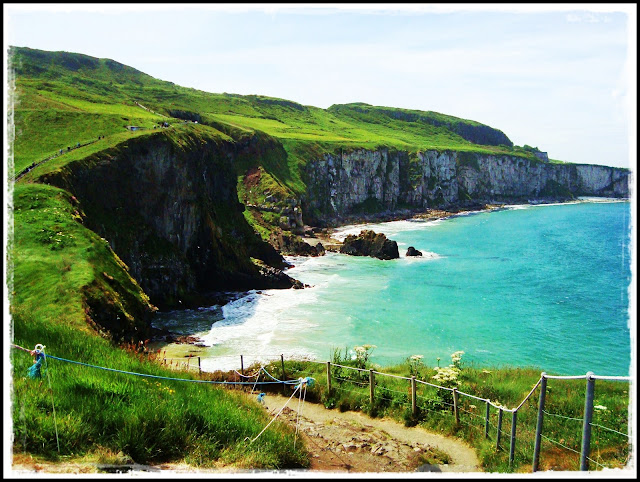 Time to walk back 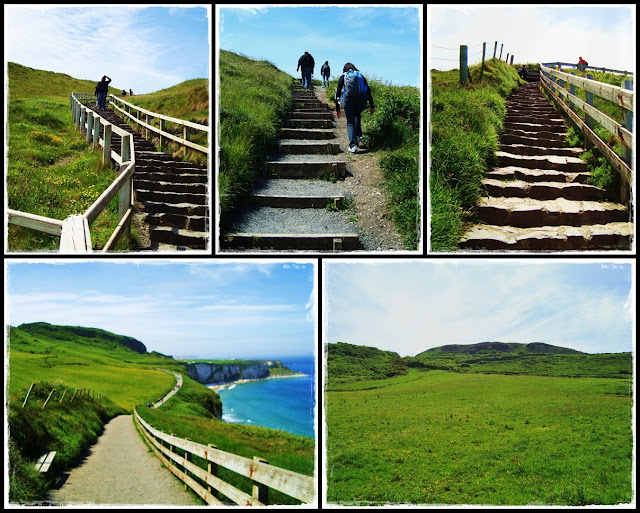 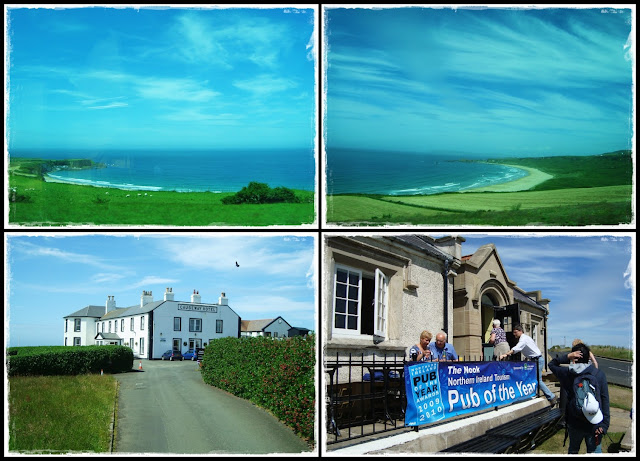 Heading to Giant Causeway. The white building is Causeway hotel. The other one is the 'pub of the year' in Northern Ireland. Had our lunch there and was wondering how they got this title...Joshua almost got mad waiting for the food to be served..haha! 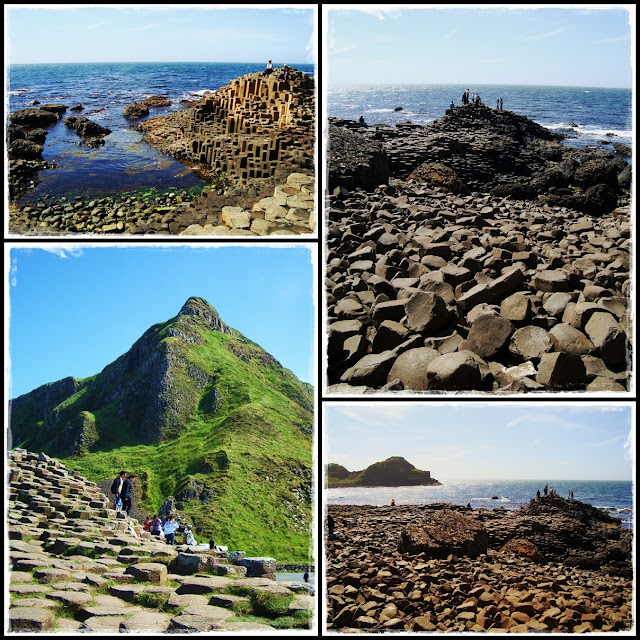 Ignore the rocks in front...the extraordinary thing about this place is the geometric columns that were formed from lava that erupted 60million years ago. The shapes are all hexagon...that's what makes it special. :)

When I told bro that I'm going to Giant Causeway...he asked why I went all the way to see 'batu'?? I guess coz these 'batu' are special? 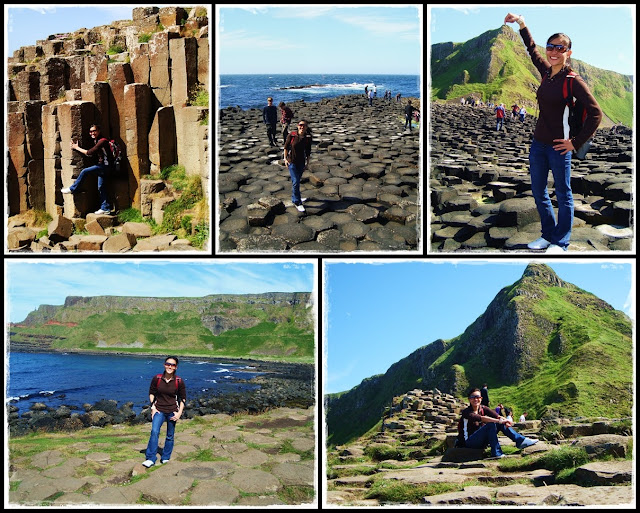 According to the tour guide, Giant Causeway was the most visited attraction in UK last year...surpassing Buckingham Palace! 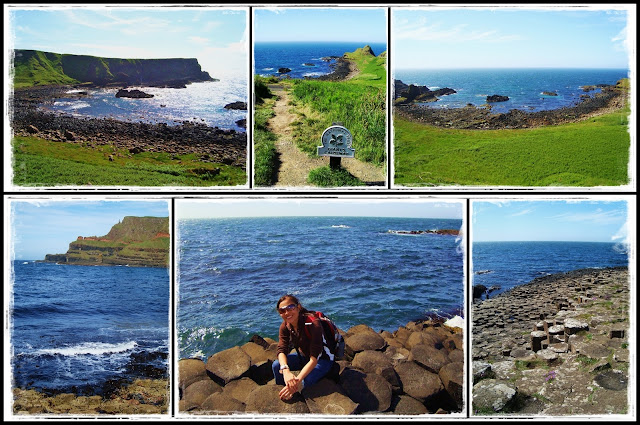 I just loveee the sceneries here!!! 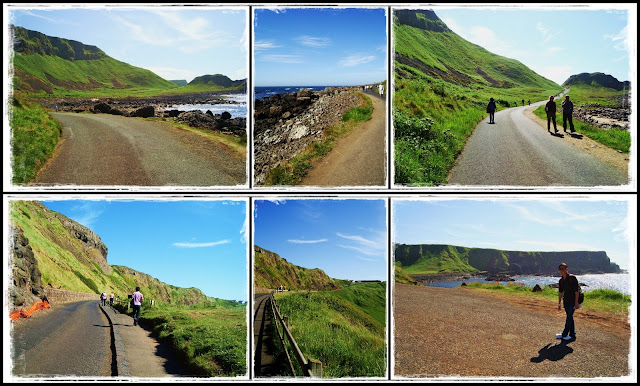 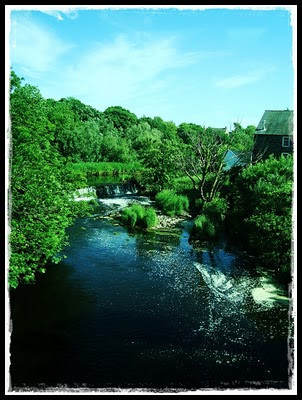 Dunluce Castle behind us...the sun was too bright...can't see clearly.

We were supposed to visit the Bushmill Distillery but bcoz of one black sheep who was late for 15 minutes coming back to the bus from Giant Causeway...the distillery was closed when we arrived. :(
Powered by