Traveled to Chicago last week for a week-long training. I was supposed to attend the training in Atlanta but the timing clashed with our Peru trip so I opted to attend the training in Chicago instead. Even though I've traveled a pretty good bit around the States, I've never been to Chicago. I'm glad I managed to spend some time on Sunday doing some sightseeing around the city. =)

Complimentary upgrade to first class for my flight to Chicago. Nothing fancy but it's always nice to get free stuffs...haha!! I'm gonna lose this perk soon so I'd better enjoy it while I can. =P 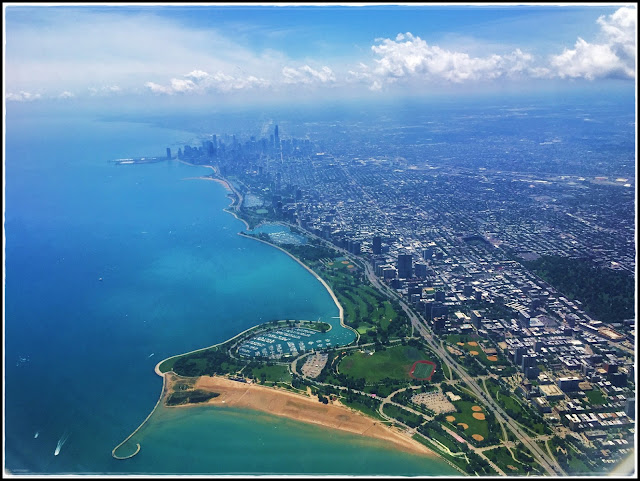 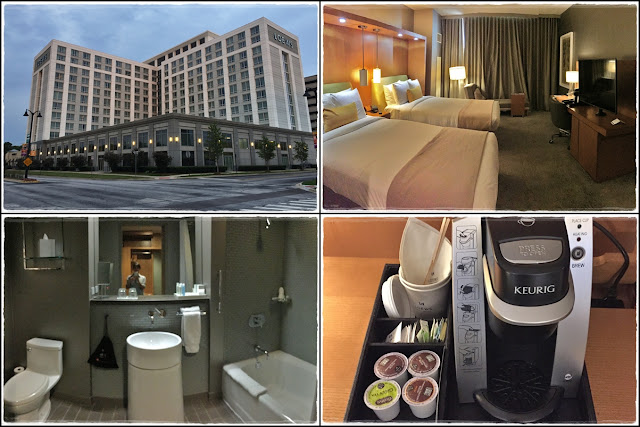 Our accommodation in Chicago. We were assigned roommates randomly, but I was glad I got a nice roommate and we share quite a lot in common coz she also just transferred from South Africa recently. 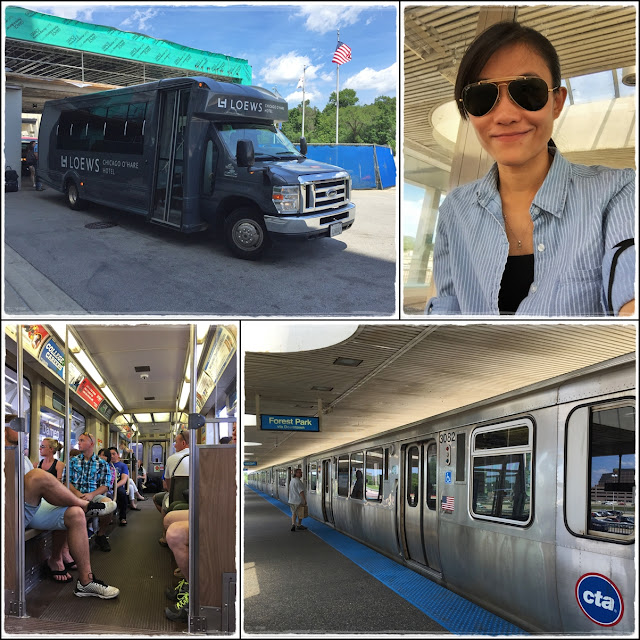 After dropping my luggage at the hotel, I started my solo sightseeing mission at 2pm. Took the free hotel shuttle to the nearby CTA station and hopped on the subway to the city. 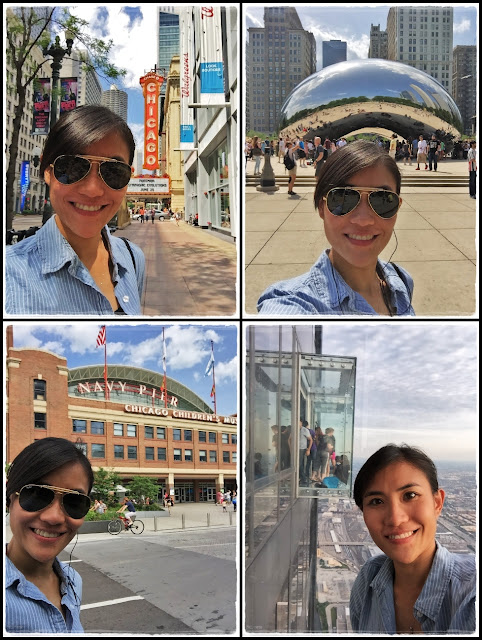 My mission for the day was to visit Cloud Gate (the Bean), Navy Pier, Chicago Riverwalk, and Willis Tower Skydeck. Walked all around the city and successfully accomplished my mission within 7 hours. =) As mentioned, this was a solo sightseeing so please bear with my many selfies. 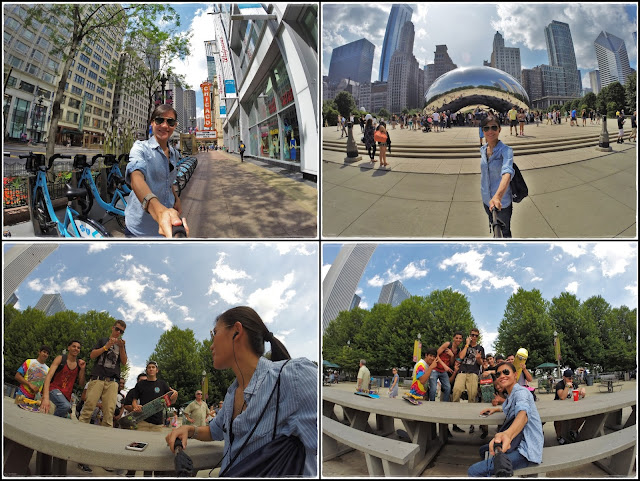 Selfie stick is a must-have when you're traveling alone...glad I brought it...haha!! Had a funny encounter at Cloud Gate when a group of skater boys saw me taking selfie and the whole bunch of them decided to get into my selfie as well...lol!!

Cloud Gate (more commonly known as the Bean) at Millennium Park...designed by Anish Kapoor. It's a funny coincidence that I learned about this artist from T.O.P's instagram posts just few days before my visit...haha! 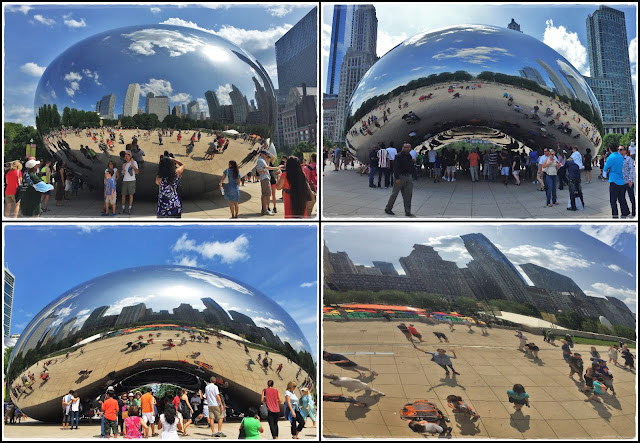 The beauty of this sculpture is that its surface reflects and distorts the city's skyline.
"When the light is right, you can't see where the sculpture ends and the sky begins." Apparently, my light wasn't quite right...haha!! 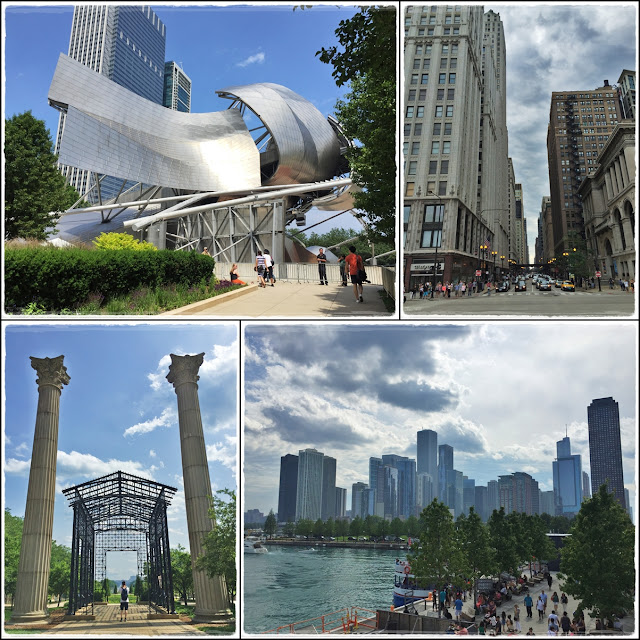 Random sightings in the city. 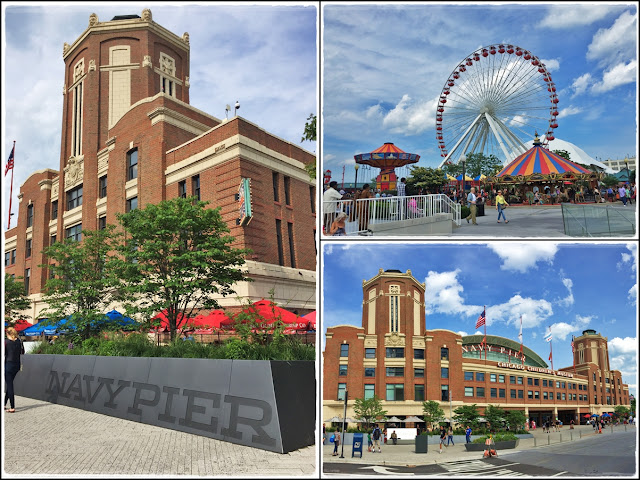 Walked such a long way to Navy Pier and was a lil' disappointed that there's not much to see here. Just took some photos and left. 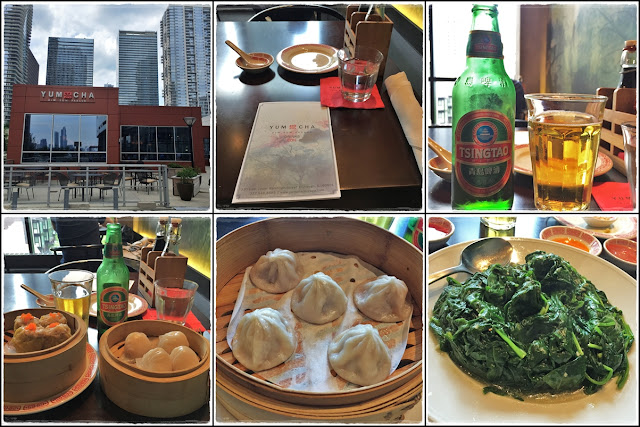 Had dinner at Yum Cha restaurant and rested my poor legs. It's been a long time since I last had dim sum. Ordered har gao, siu mai, xiao long bao, garlic spinach, and Tsingtao beer. The food was actually not bad for American standards. 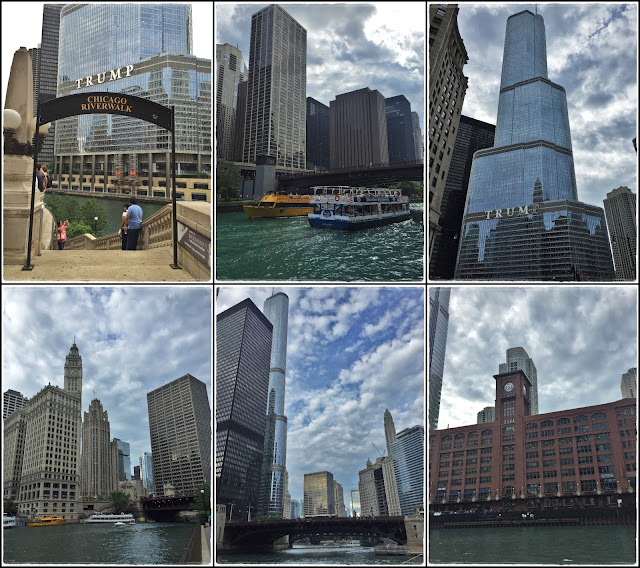 Continued my sightseeing with a walk along Chicago Riverwalk.

Final destination for the day was the Skydeck at WIllis Tower. 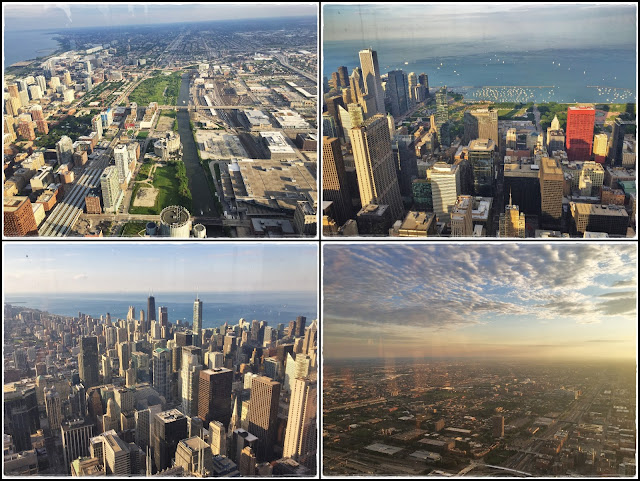 360 degrees around Chicago. Intentionally scheduled my visit later during the day so that I can see both day and night views. 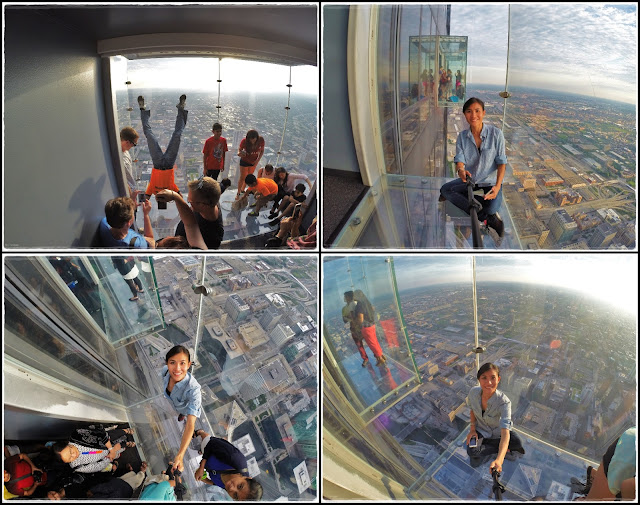 The highlight of the Skydeck is the Ledge's glass boxes that extend out from the building at 103th floor. My gopro came in handy for some cool selfies on the Ledge! 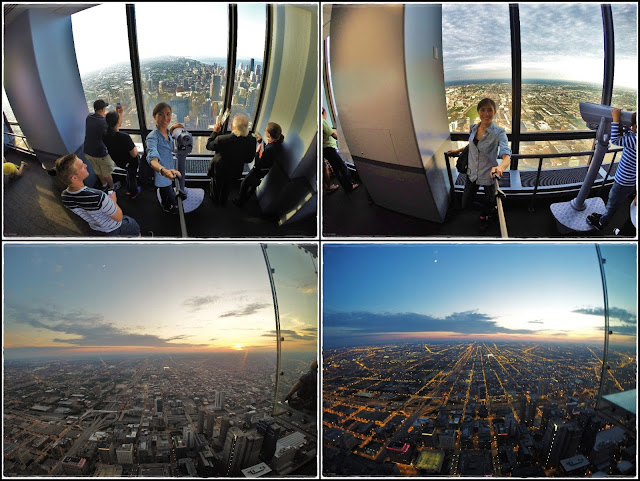 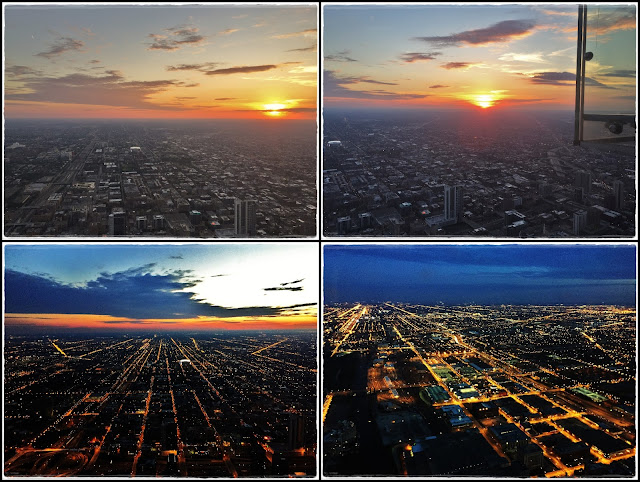 Watched the sunset and waited until the city was lit up before calling it a day.

Spent most of my time for the rest of the week in this area. 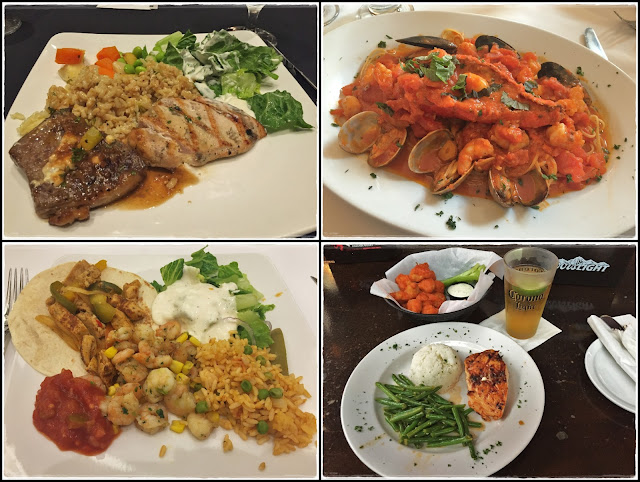 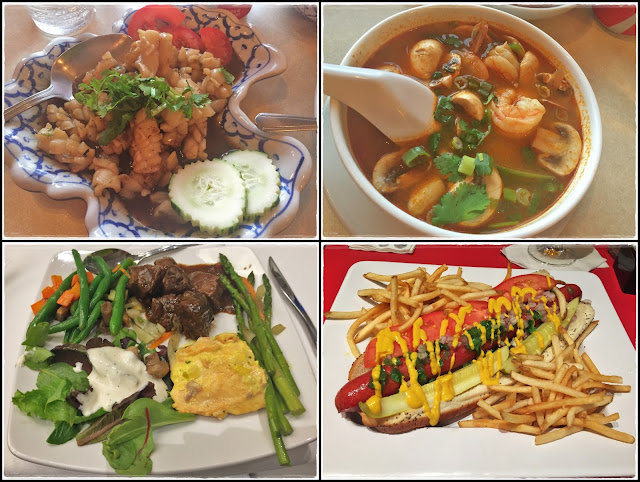 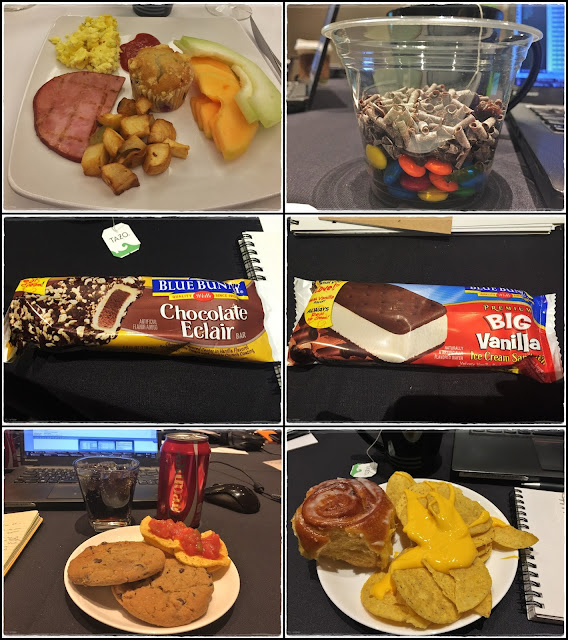 And teatime snacks to keep myself awake during the training...haha! =P
Powered by