Our 5th anniversary adventure brought us through 4 seasons and 2 new countries within 2 weeks. Started our trip hanging out with friends in San Francisco, followed by a relaxing getaway in Fiji, and ended the trip with a 10-day road trip across New Zealand. I'll share more about our adventures in the next few posts. Follow along!

I've been eyeing Alaska's award sweet spot to travel to New Zealand and Fiji for awhile, but the actual planning for this trip started in January 2018 (10 months ahead) after booking our flights. We changed our flights multiple times (thanks to Alaska's old rules and schedule changes) and only finalized our final routes in September, but it all worked out. 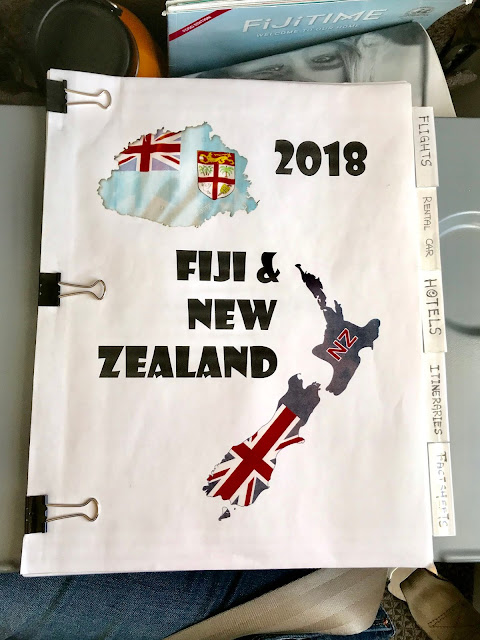 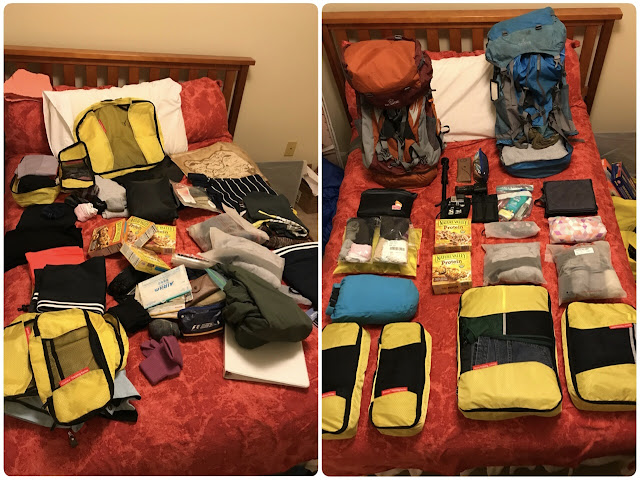 Before and after of our packing process. Ain't easy packing for 4 seasons but we managed to fit everything into two backpacks and kept everything organized with packing cubes. =) 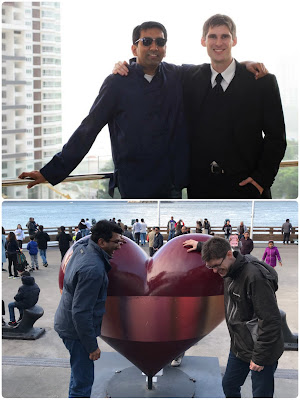 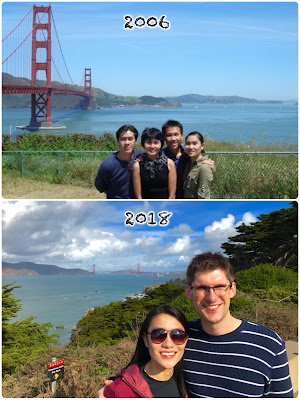 
Due to Alaska's award redemption restriction (only 1 partner airline allowed), we had to fly Alaska Airlines for our domestic leg before connecting on Fiji Airways to Fiji. Alaska Airlines doesn't fly to/from our home airport so we had to depart from Nashville instead. Thanks to Dad for giving us a ride to Nashville airport on one of the busiest travel day of the year (day before Thanksgiving). 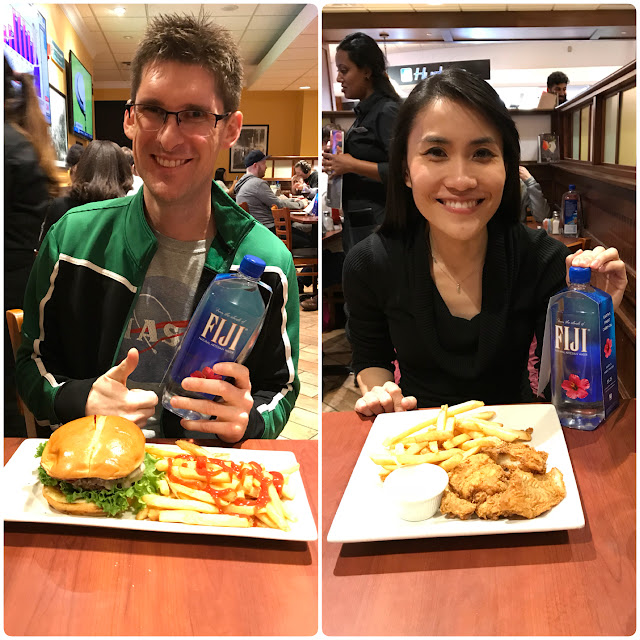 Had dinner at the airport and had to pose with the Fiji water before we make it to Fiji for some 'real' Fiji water. =P 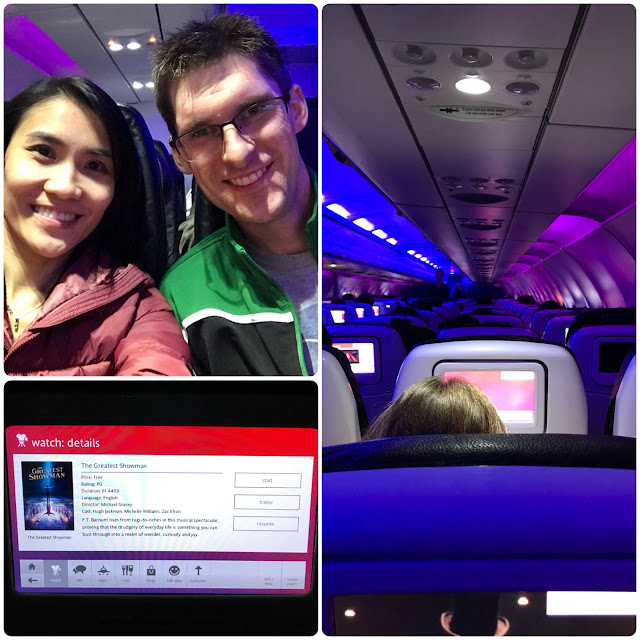 Our 5-hour flight from Nashville to San Francisco was a legacy Virgin America flight with the cool lighting. I was happy to find The Greatest Showman onboard as I've been wanting to watch this movie since I stumbled upon the soundtrack few months back. 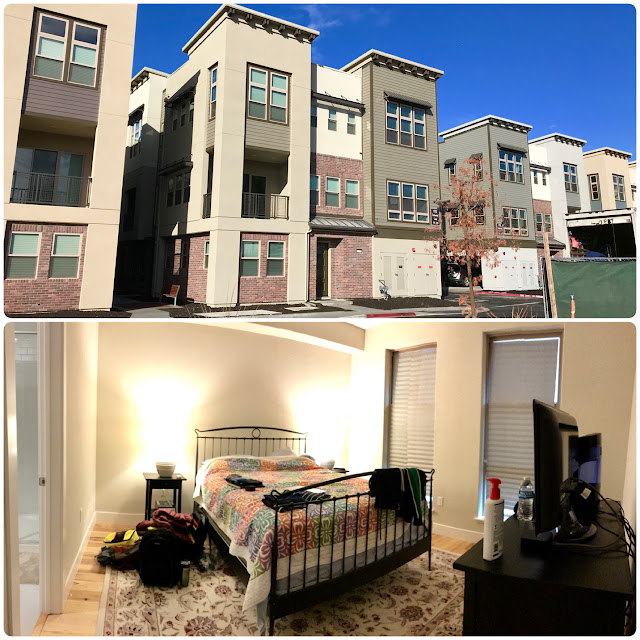 Arrived San Francisco at 11.30pm (an hour delay). Thanks Kedar and Trupti for picking us up from the airport and hosting us at their brand new crib that they just moved in the weekend before we arrived. We were definitely honored to be their very first guest!

We were extremely lucky with our timing because the bay area was covered in smog for 2 weeks due to wildfires, and the rain cleared all the smog right before we arrived. We had clear blue skies and no rain, perfect for sightseeing! 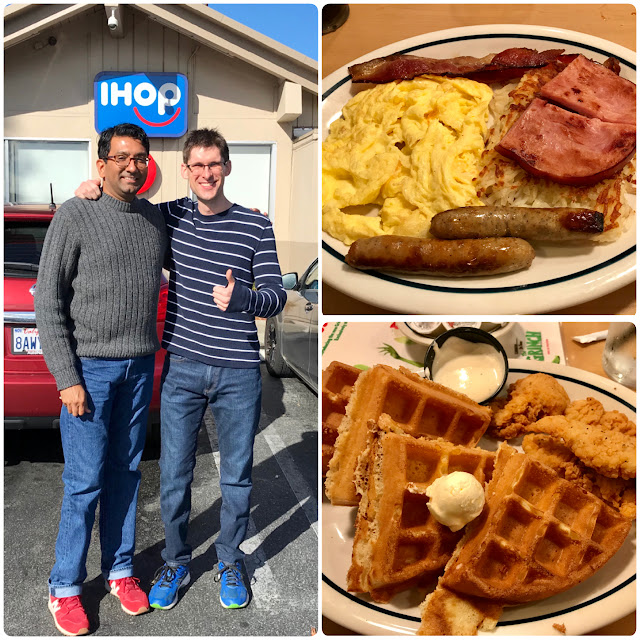 Apparently it's a bad idea to eat out on Thanksgiving day. Everywhere we went was closed so we ended up having brunch at IHOP. 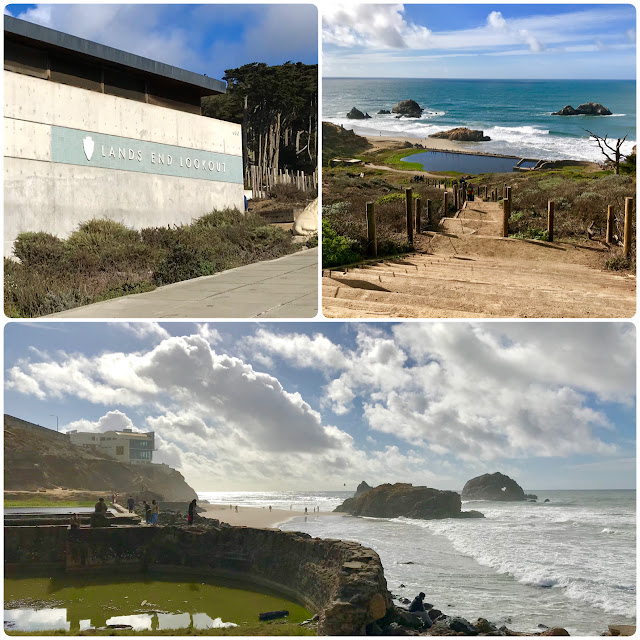 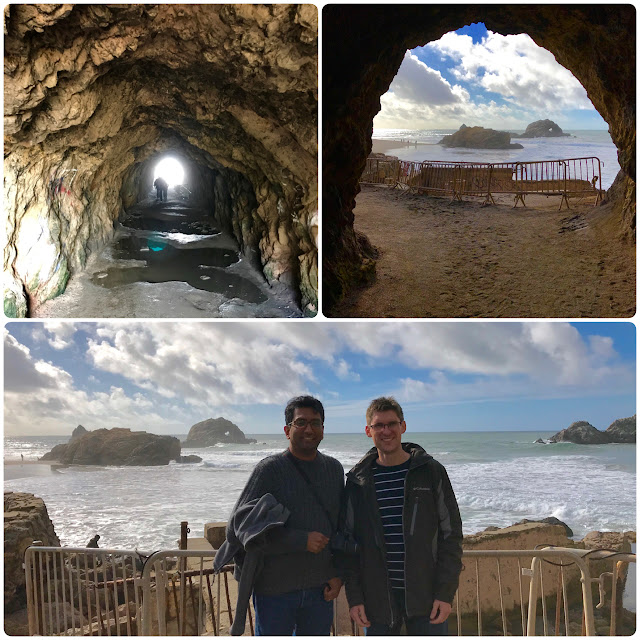 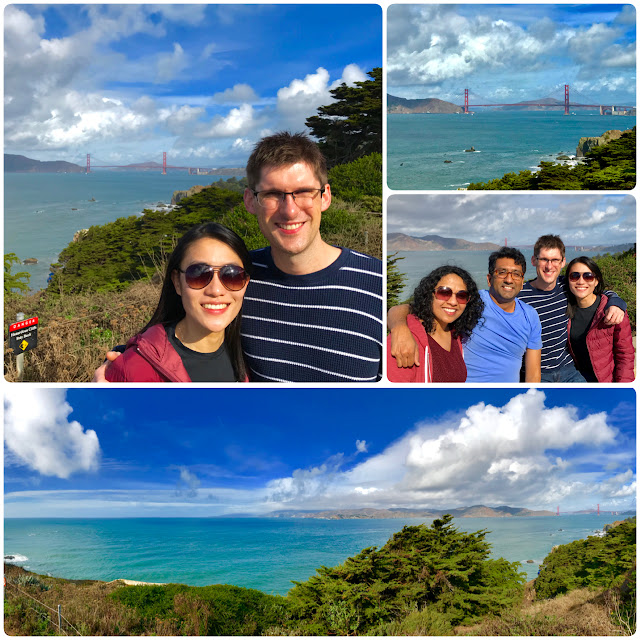 The park was a nice place for a stroll, offering great views of the ocean on one side and the Golden Gate Bridge to the other side.

Drove across the Golden Gate Bridge 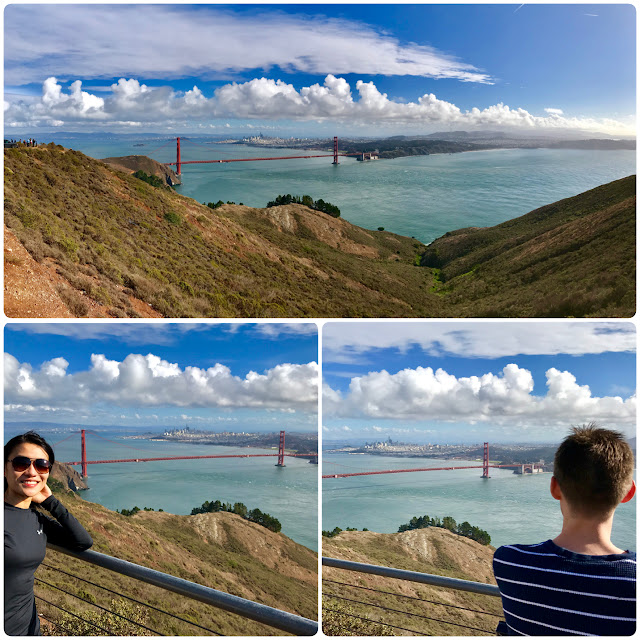 Thanks Kedar for bringing us to Hawk Hill for spectacular bird's-eye view of the Golden Gate Bridge and the city. =) 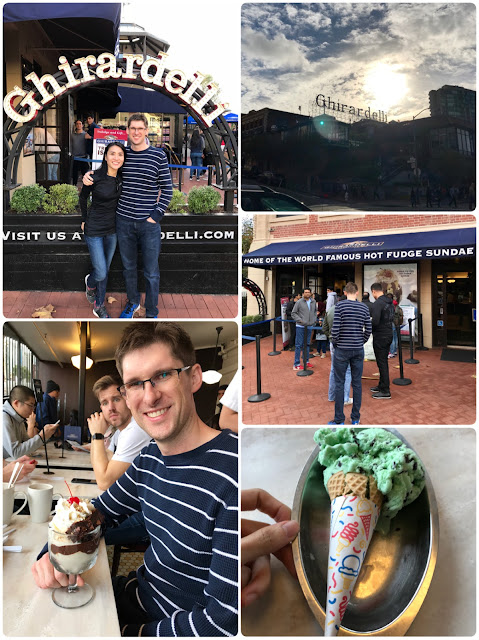 Next stop...Ghirardelli Square for yummilicious desserts! 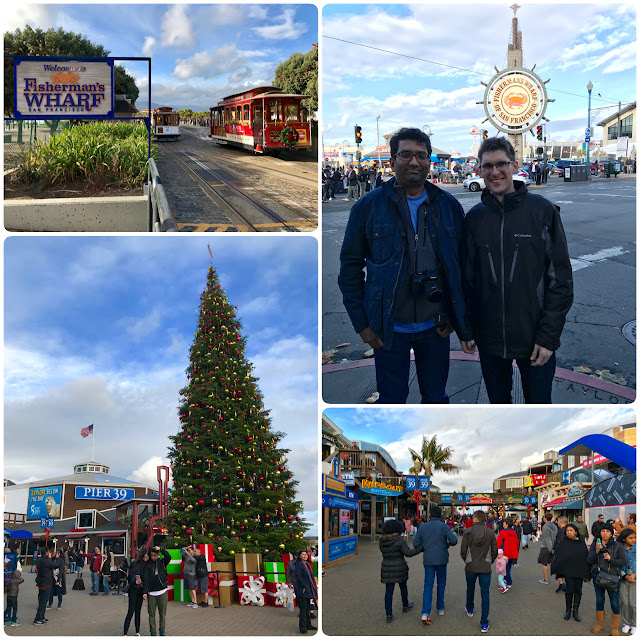 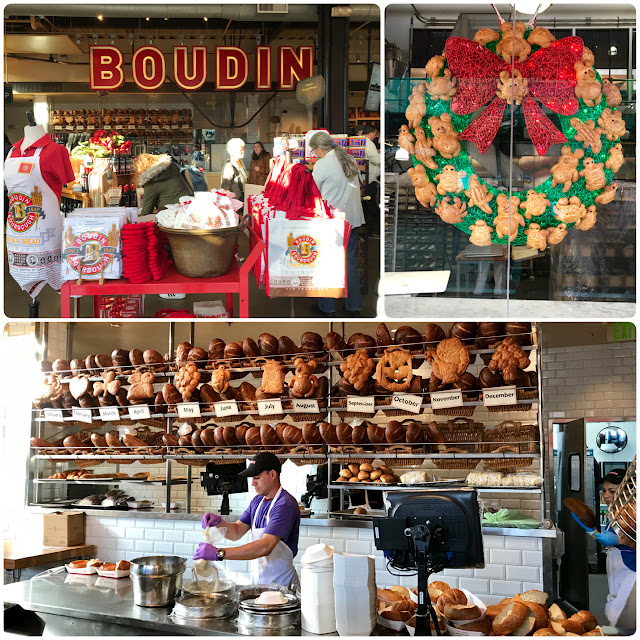 Freshly baked sourdough bread at Boudin Sourdough Bakery & Cafe. The bread smelt so good we decided to try some sandwich even though we were still full from the desserts. 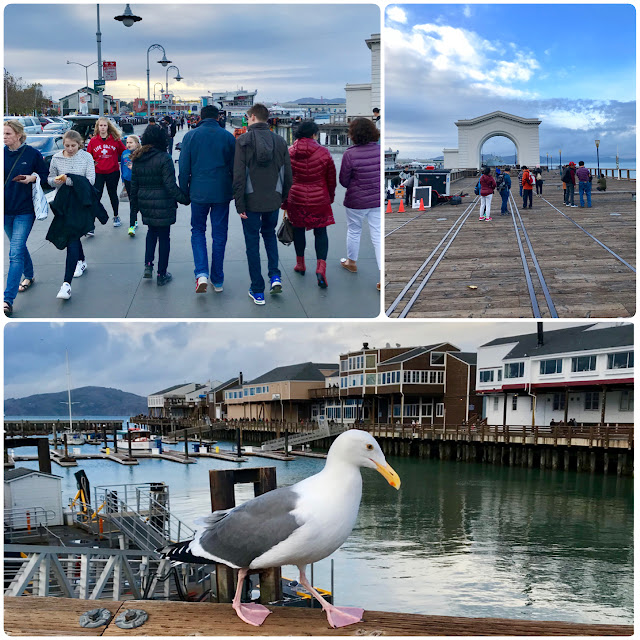 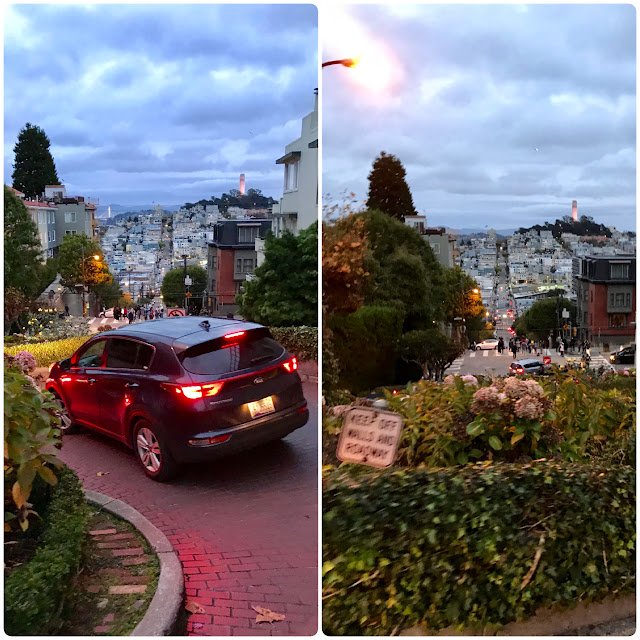 Our last stop for the day...'rollercoaster' drive down Lombard Street, the crookedest street in the world. Ended the day with Thanksgiving dinner with Kedar and Trupti's friends and family. 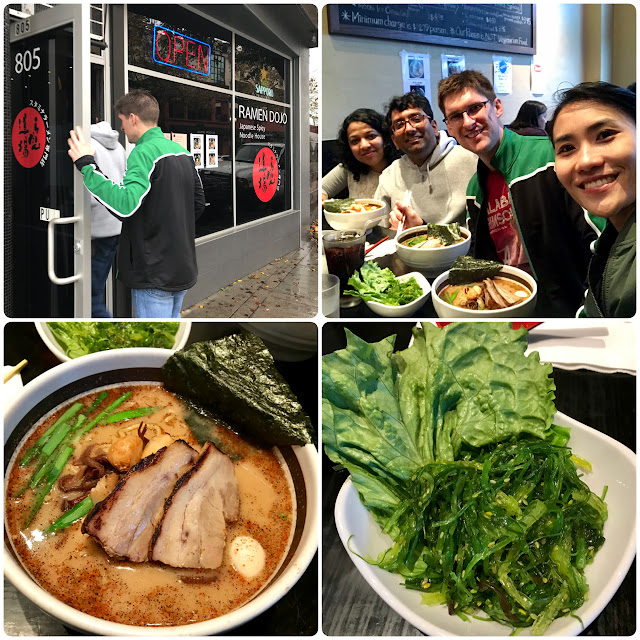 After a lazy morning, Kedar and Trupti brought us to Ramen Dojo for some amazing ramen. This was a small little restaurant but the ramen was so good, better than the ones we had at Ichiran in Japan. 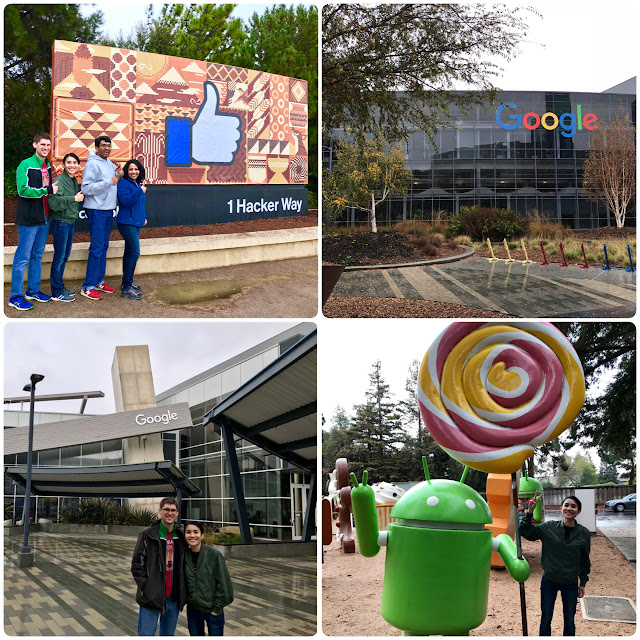 Quick photo stops at Facebook and Google before heading to the airport.

That's all for our 2-days in San Francisco. Even though it was a short visit, I think we did good catching up with friends, seeing all the touristy sights, and enjoyed some good food. Massive thanks to Kedar and Trupti for the great hospitality hosting us at their beautiful new home, treating us to good food, and bringing us all around San Francisco & San Jose!!