After hopping through various cities in Austria with detours to 2 countries, we finally made it to our last stop in Austria...Vienna. For someone who've learned piano for 10 years, I ought to be excited about visiting the city of classical music, the city that was once home to famous musicians like Beethoven, Mozart, etc. But pardon my shallowness, I'm just not that artsy and certainly not intrigued by history or museums. Before our trip, we were told that Vienna is amazing and we definitely need to go see 'The Kiss', the famous painting by Gustav Klimt, and to be honest, I was absolutely clueless and for a second I questioned myself if this is a general knowledge that I was supposed to know? Oh well, at least I heard about Beethoven and Mozart...lol!

Thanks to the HiltonHHonors points that I accumulated from my work travels during the year, our 3 nights accommodation in Vienna was free. =) Even though we stayed 3 nights in Vienna, we spent only one day (6 hours to be exact) sightseeing around the city. 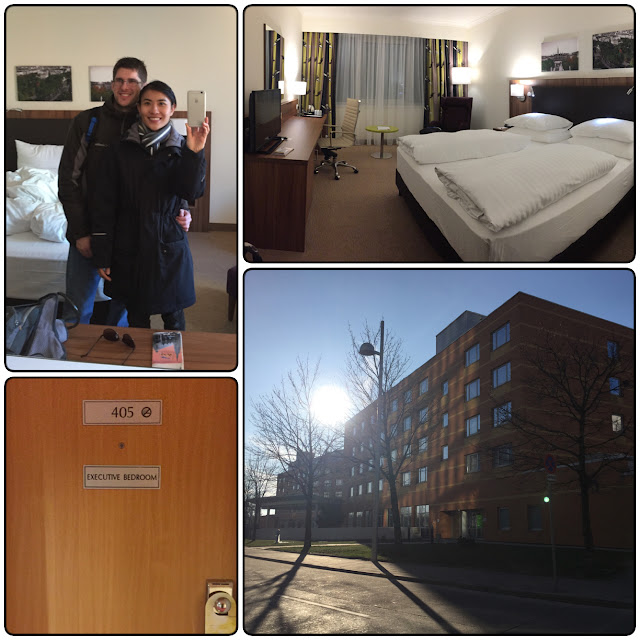 We usually travel on a budget and try to save on accommodation whenever we could, but as mentioned above, our 3 nights in Hotel Vienna South was absolute free (don't even need to pay for taxes)! It was definitely nice to 'upgrade' to a hotel after the past 4 nights in an apartment and a hostel. =P As a Diamond member, we also received a free upgrade to the brand new 'executive bedroom'. Nothing fancy but it's always nice to get a free upgrade...haha!

As shown above, this hotel is scheduled to join the Hilton Garden Inn brand in 2016. That means it had been undergoing renovations to upgrade the hotel and most of the areas were newly renovated, including our room. =) Considering that Dec 29 - Jan 1 was super peak season, we definitely got the most value out of the 10,000 points/night rate. If we were to pay for these 3 nights (which we wouldn't), it would have costed us €517...crazy! Better still, I actually received this 30,000 points as a compensation for being stuck in the elevator for 20 minutes during my stay in Houston...haha! I wouldn't mind being stuck in the elevator again. =P 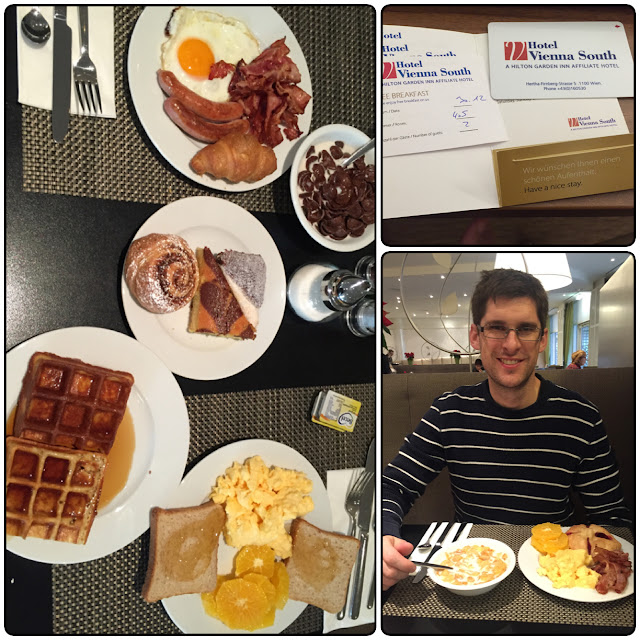 Free breakfast...another perk of being a Diamond member (thanks to the status match for my SPG Platinum). =) The breakfast variety was actually pretty good! 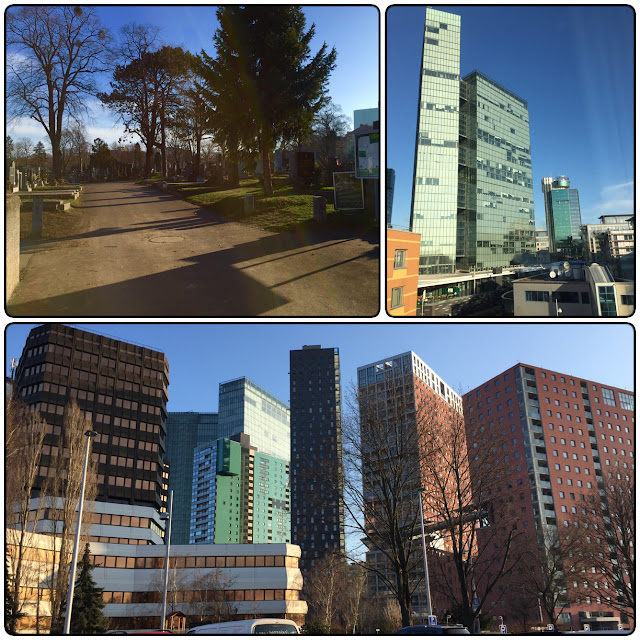 The only downside about this hotel is that it's located in the middle of a business park, not close to the city. But it wasn't really an issue for us coz we could still get to the city center pretty easily within 30 min by public transportation. In fact, we walked 20-25 min to Wien Meidling railway station and from there we were able to catch trains to Bratislava and Wien Mitte station (city center). Definitely wouldn't mind spending a lil' more time commuting than using 50,000 points/night to stay downtown at Hilton Vienna. =P

Took the train from Wien Meidling station to Wien Mitte station and started our walking tour around the city. 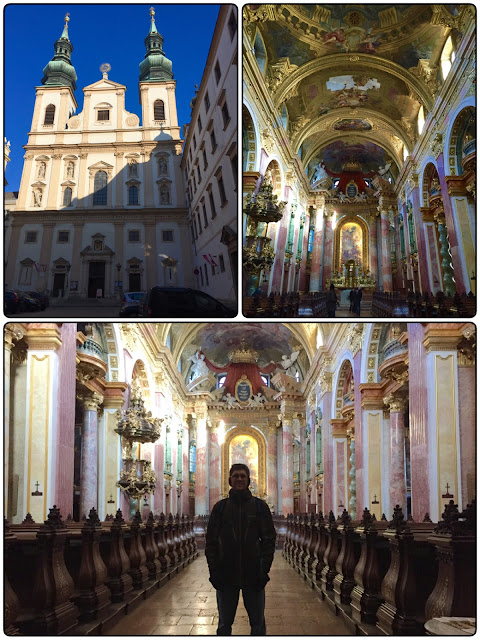 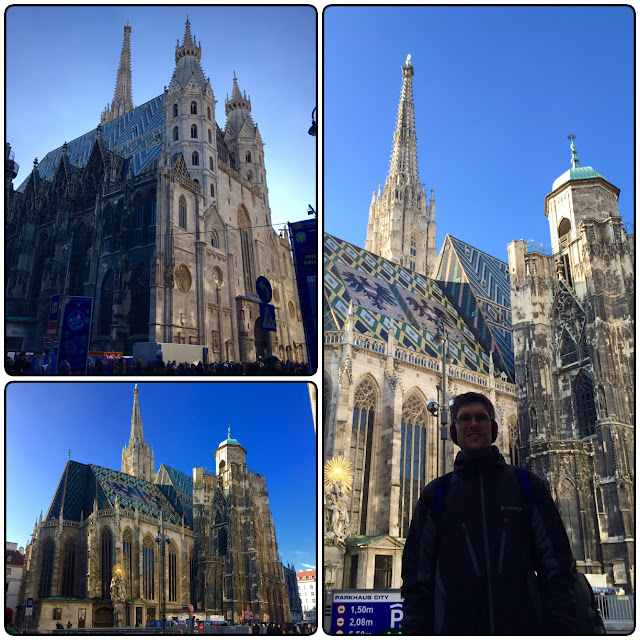 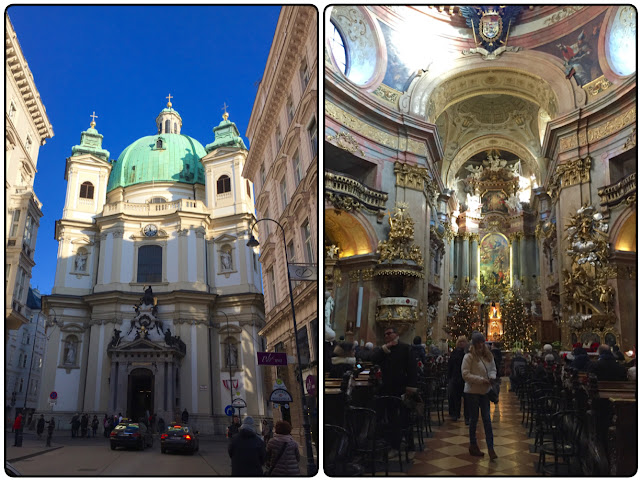 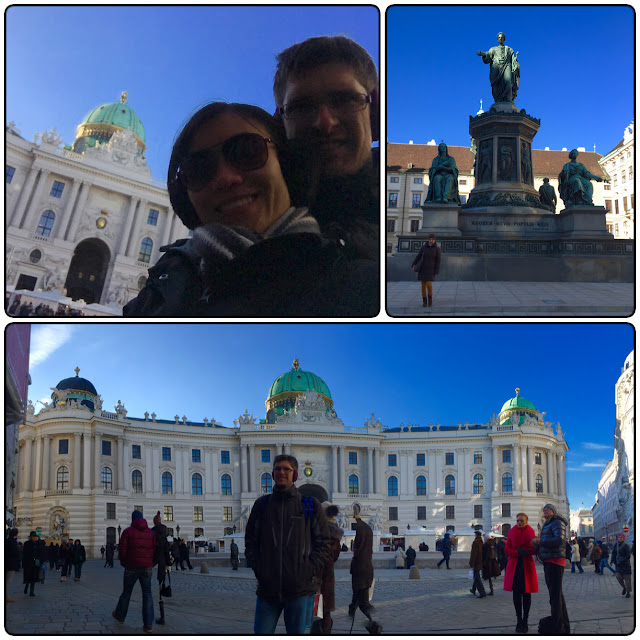 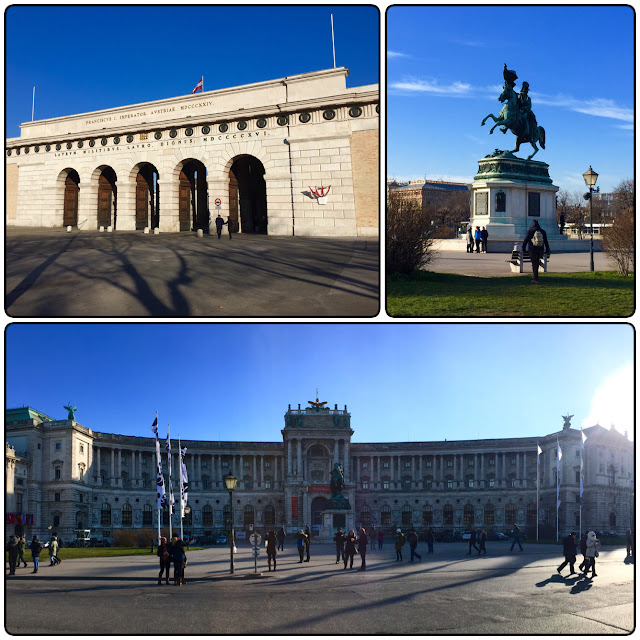 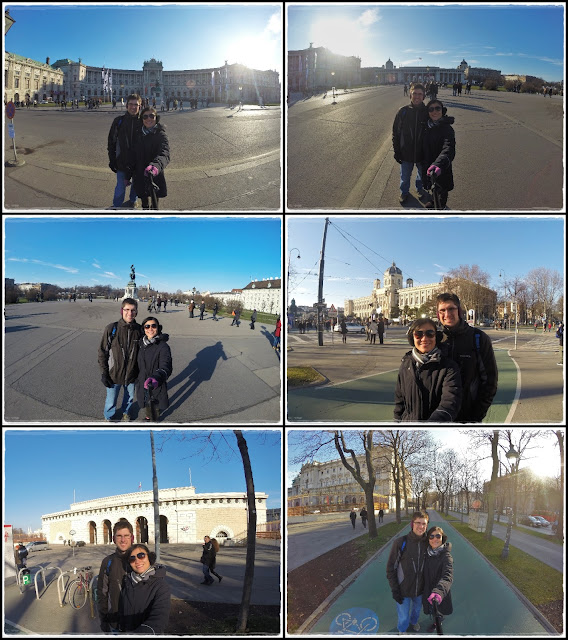 GoPro wefies around the palace. 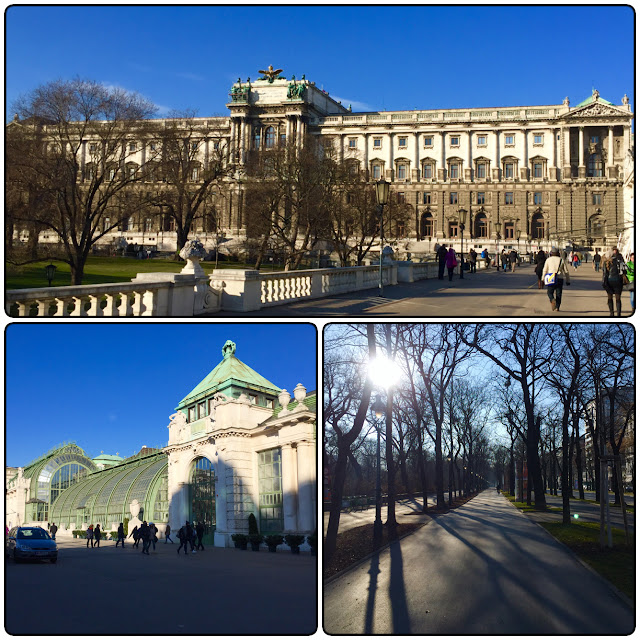 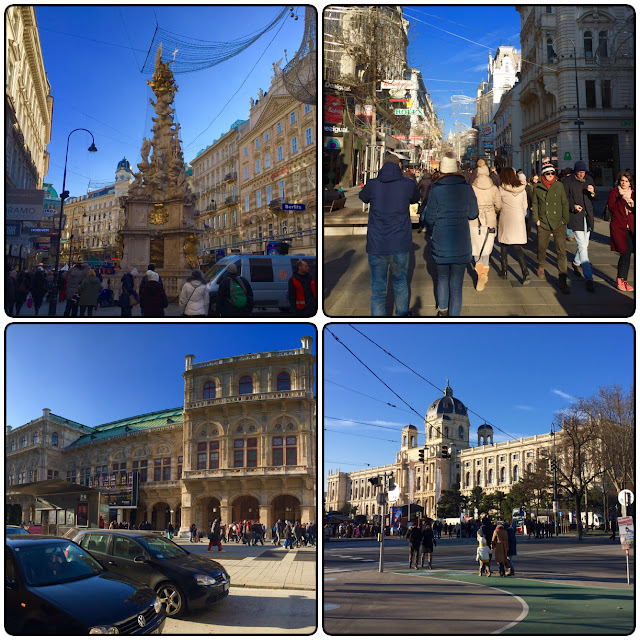 Then we entered the busy part of the city center, also the venue for the New Year's Eve countdown. Initially we thought about hanging out until the night but it was too cold (even though the weather looked so pretty) so we decided to call it a day at about 1pm. 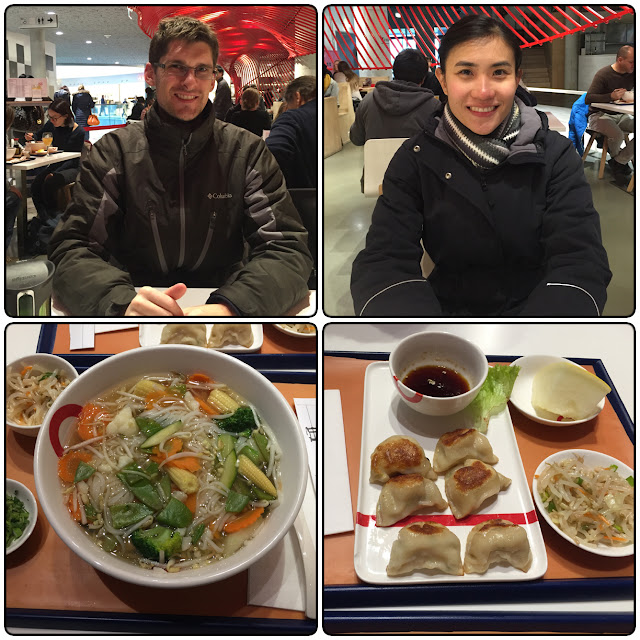 Had lunch at the train station before heading back. At this point, we were too cold (as you could see from my Rudolph's nose) and all we wanted was to get back to the hotel.

Guess how we countdown for New Year? Nope we didn't wanna be out in the crowd and the cold since Europe was on 'high alert', no thank you to the hotel New Year's eve gala dinner that cost €78/pax, and yes to enjoying beer and wafers in the hotel room. =) Thanks to the Dubai fire, we got to watch the Dubai fireworks on the news and also saw fireworks from our room window. =P Happy New Year 2016!!

Last but not least, our walking route map for Vienna. One more post to go for Prague and it'll be a wrap for this Europe trip!
Powered by