5 Oct 2010 (Wed): Menton
Continued our journey down to southern France for some sun, sea, & sand. French Riviera (Côte d'Azur) is the whole stretch of coastal area in the southeast of France.  We stayed at a place called Menton, which was at the border of France and Italy (we were just 1km away from the border). Lucky us, weather was warm and sunny both days when we were there. The scenery was very beautiful and I was so busy taking pictures until I lost my watch on the beach. =.= 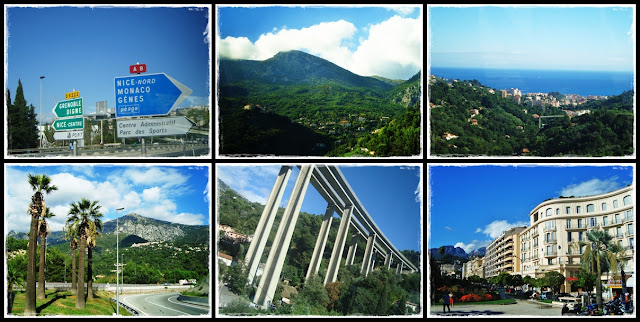 Nice sceneries along the way to French Riviera 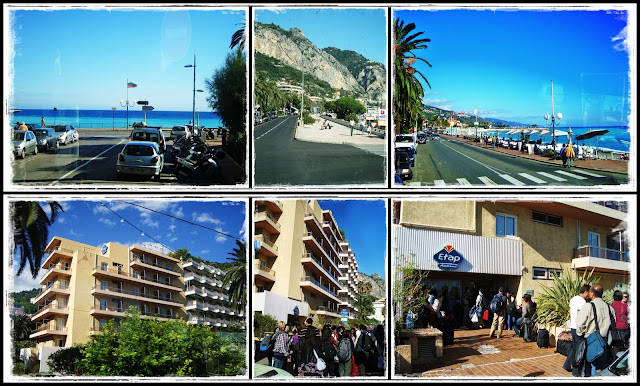 Reaching Menton. Our hotel was right next to the beach...pretty awesome...and our room was also facing the sea...ooolala!! =) 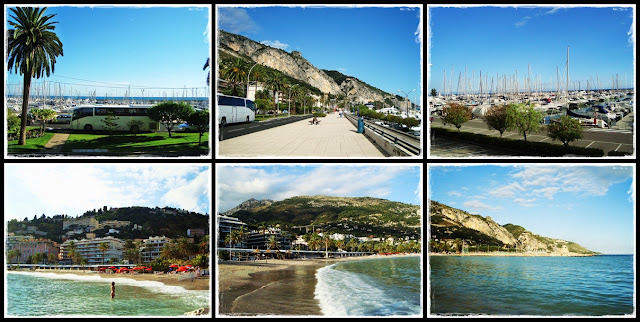 Walked around our hotel on the first evening...lost my watch here. :( The girl in the bottom left pic was actually topless...it's so common to see people topless on the beaches here...lol!! 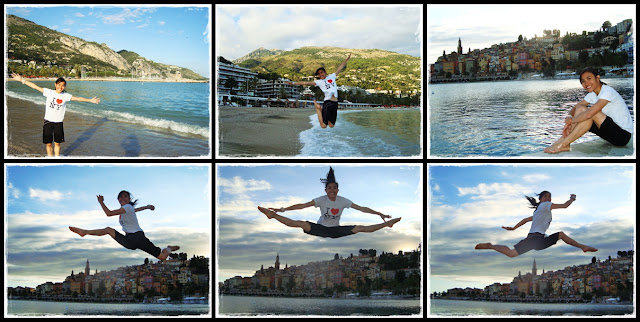 Camwhoring around the beach...and jumping everywhere as usual...more to come coz I've been jumping all across Europe...lol!!! 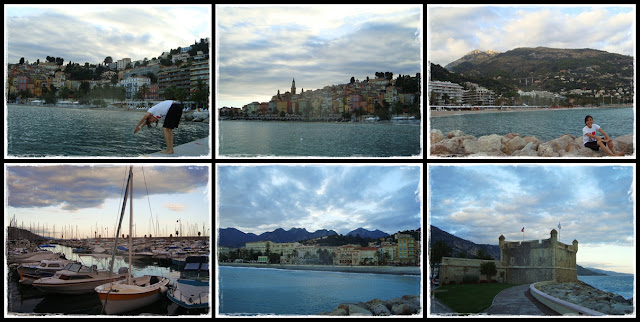 We've got a pretty good mix of sights on this trip...beaches, buildings...more to come. =)

Had a whole day free for us to explore French Riviera ourselves so we decided to go to 3 places...Cannes (known for its film festival), Nice (largest city in French Riviera), and Monaco (2nd smallest country in the world).

On the map, Menton is on the very east...moving west is Monaco...then Nice...then Cannes. So we decided to go to the further one first then travel back...so our route was Menton-Cannes-Nice-Monaco...pretty crazy coz we were rushing everywhere. =p

We could have taken a train to travel to all these places but some locals that we met told us that we could take the bus all the way to Cannes. So we boarded the bus at 9am without knowing that it would take us 4 hours to get to Cannes...omg! But it wasn't too bad after all coz we got some nice view along the way and it only cost us €2 for a 4 hour bus ride. :p

Nice sceneries of the coast from the bus 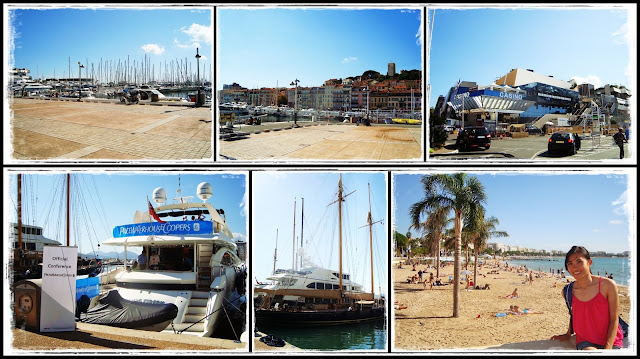 Finally arrived Cannes!! Lotsa yachts at the waterfront and nude people on the beach...lol!!   Walking around all the nice boats and saw PWC having an official conference on a cruise!!! 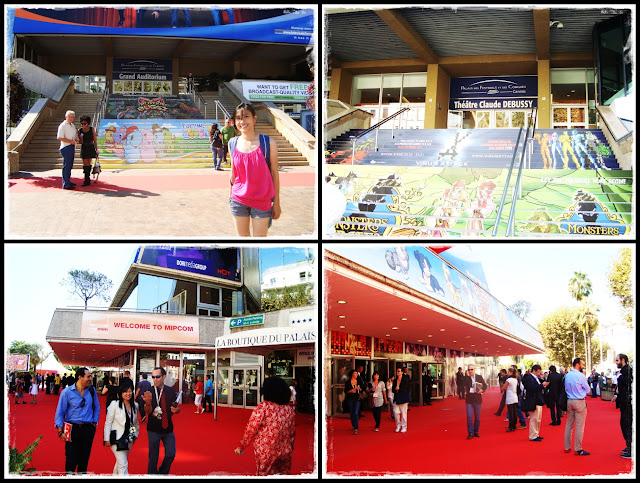 This is the place where Cannes Film Festival is held...saw lots of media companies there coz there was an event going on. Felt so out of place standing on that red carpet coz everyone was dressed up!! 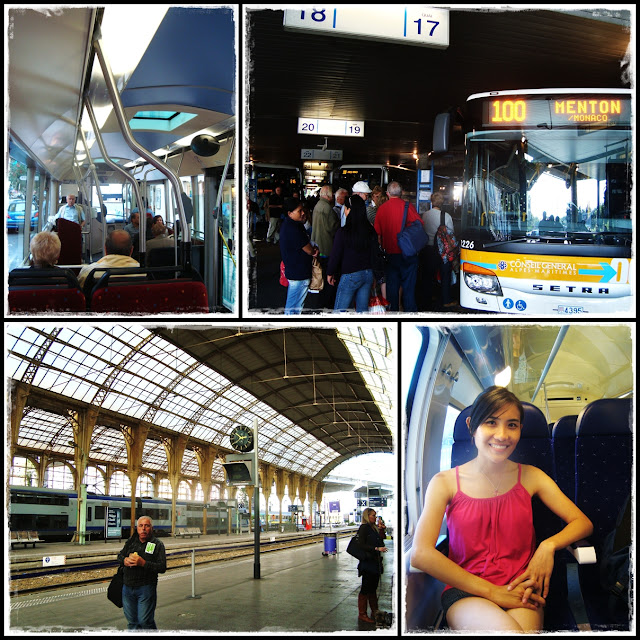 Spent about an hour in Cannes then quickly took a train back to Nice. We're travelling everywhere just like the locals...buses, trains...'hampalang' covered...lol!! 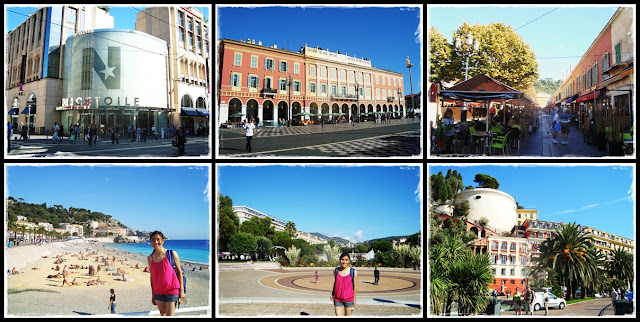 As the saying goes...it's always nice in Nice...very true indeed coz weather was good...and that's how I got tanned. There's a new town and an old town in Nice...we walked through the new town coz it was just like other cities and went straight to the beach.

Climbed all the way up a hill for this panoramic view of Nice...niceee!!!

View of the port from another side of the hill. 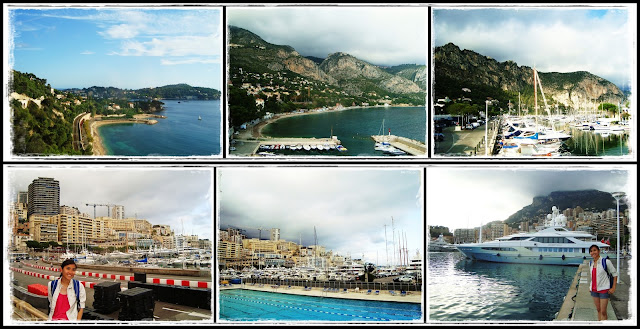 Took a bus back from Nice to Monaco. Principauté de Monaco is the most densely populated country in the world...coz it's so small! Monaco is famous for the Grand Prix and casinos.

Felt so out of place near the casino coz I was just wearing flip flops...lol! Even the cabs use Mercedes!! 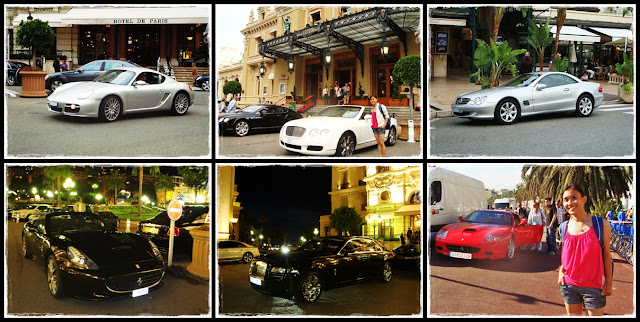 Was expecting to see more nice cars but that's all we saw. 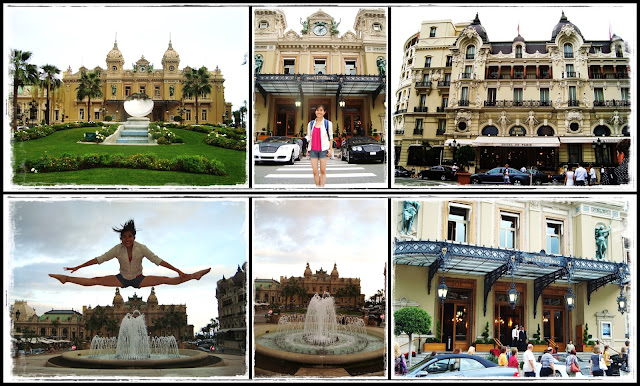 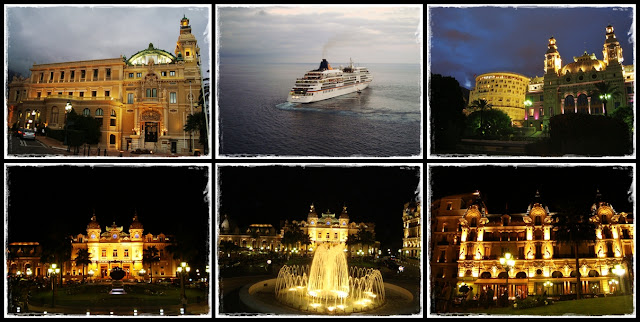 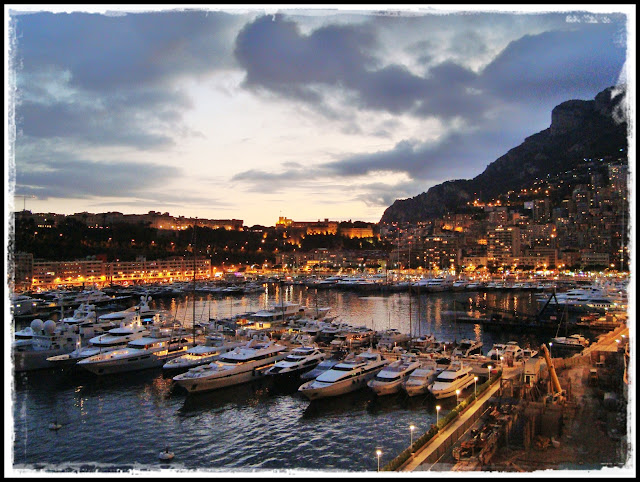 Watched sunrise from our hotel before leaving French Riviera the next morning. =)
Powered by