Dec 8 (Wed): Georgetown, Penang (UNESCO World Heritage Site)
This was my 2nd time bringing people around Penang...and I admit I'm quite a lousy 'tour guide' coz I'm not good in explaining or telling stories, especially when it comes to history. :p So to make things easier, I asked him to pick the places that he wanted to go and I be the driver. =D 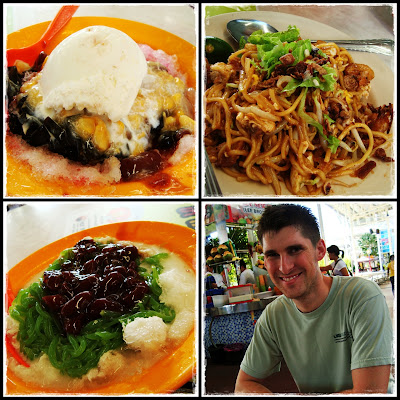 One thing you can't miss in Penang is FOOD!! Had ice kacang, cendol and mee goreng at New World Park. His description for cendol is the 'green worm thing'...lol! 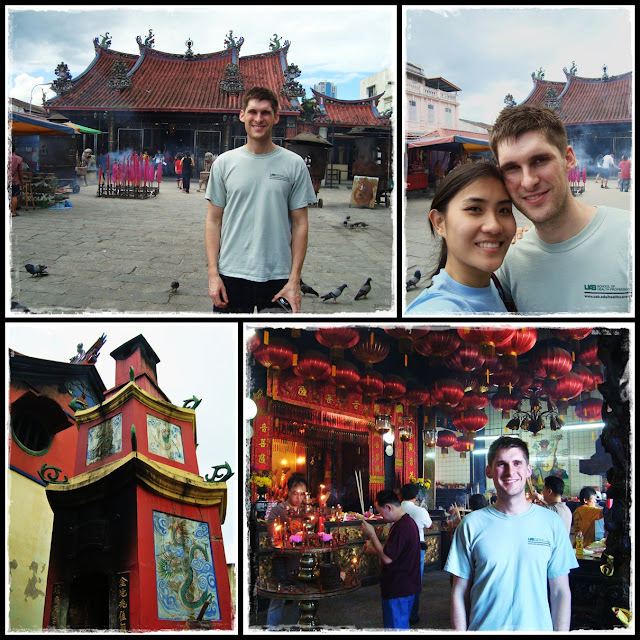 Kuan Yin (Goddess of Mercy) Temple...one of the oldest Chinese temple in Penang.

Some old houses behind the temple. He wanted to take a pic of the drain coz they don't have  this kinda drainage system in US. =.= 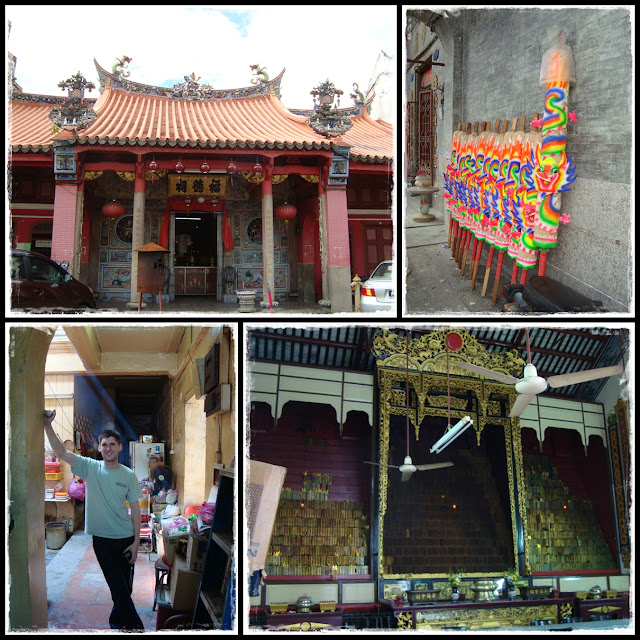 King Street Temples. Dad used to live in King Street when he was a kid (not in the temple la of course) but I didn't know bout these clan temples before this. :p That colorful thingy is some sort of candle...no idea what it's called. 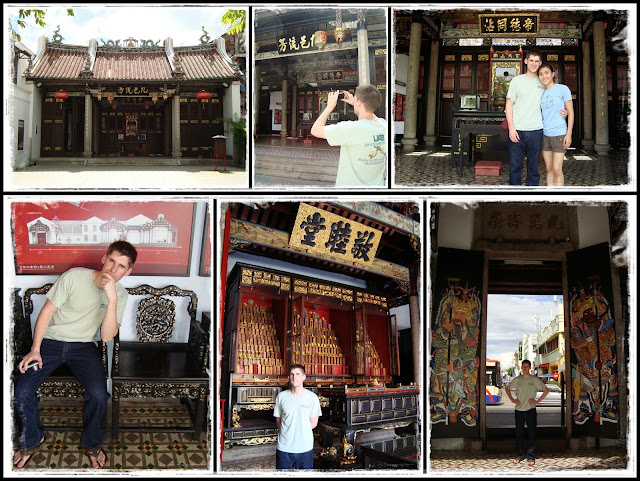 Rice+dishes for every meal was new to him. We eat with spoon & fork but he used only fork to eat rice. I asked him to try using both but he can't coordinate...haha...lousy! :p We eat rice & dishes together but he ate only dishes first and rice last. Excuse me sir...that's not the right way of eating! :p Whenever we go to grandma's place, she'll stuff him with food...lol!

Big bro bought this new game (something like Wii) and it was supposed to be for dad but look who's playing. Game boys...*head shake*. =.=

Dec 18 (Sat): Penang (Part 2)
Continued our tour around Penang after coming back from Bangkok and Phuket. More temples to come...haha! Lucky me, the weather was gloomy most of the time when we were in Penang so it wasn't hot but not good for him coz he wanted to get some tan...lol!

Drove all the way to Batu Feringghi for this view...kinda disappointing right?

Went to CRC for dinner and badminton. We rarely see angmoh playing badminton there so one uncle asked if he's from Denmark (coz of Peter Gade Christensen)...sweat! =.= And guess who won the game? Of course me la...haha! :p

Dec 19: (Sun): Penang Heritage Trail
Very productive day coz we did a lot of sight-seeing for one whole day. Still trying to complete the checklist of the places that he wanted to see. 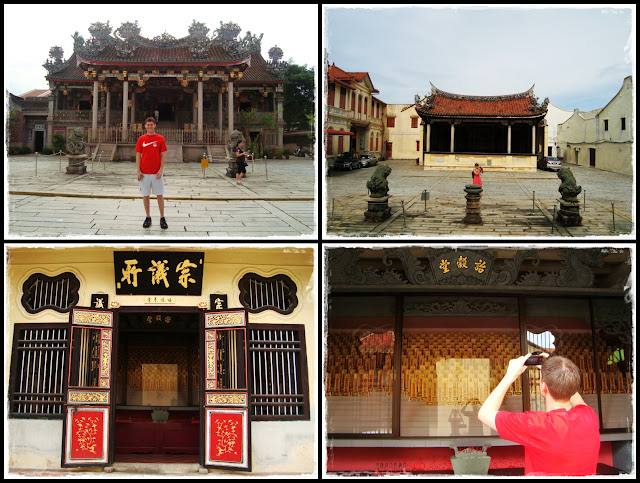 Khoo Kongsi...'represents the opulence and prosperity of the Khoo clan'. 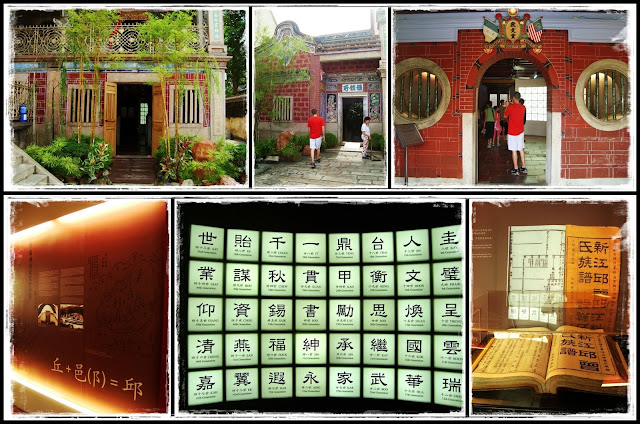 It was my first time visiting Khoo Kongsi too. This place has been restored so it looked quite nice. 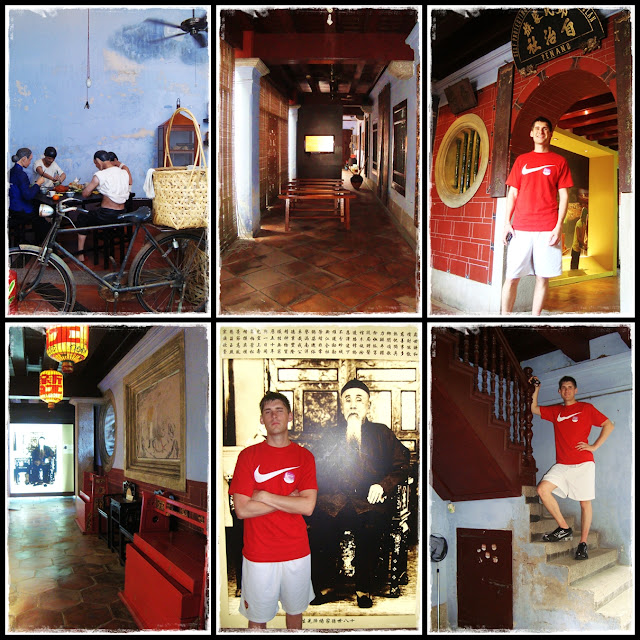 Lotsa exhibits and facts here so we spent about 2.5 hours here. 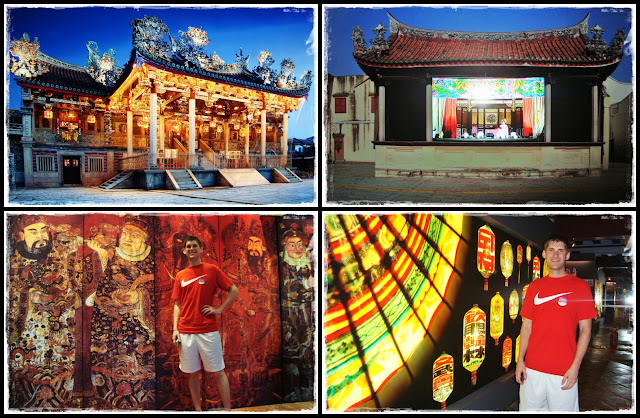 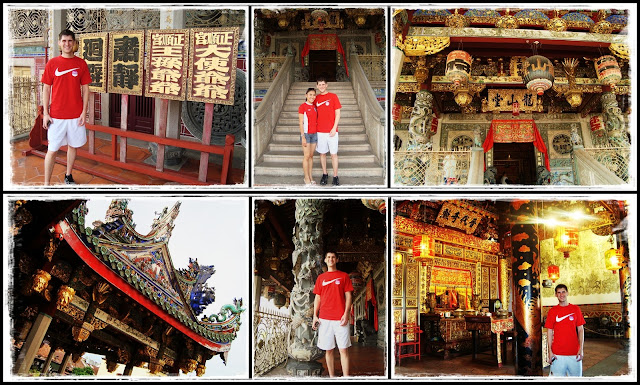 Finally a picture of us together. =)

Exterior of old houses in Penang. 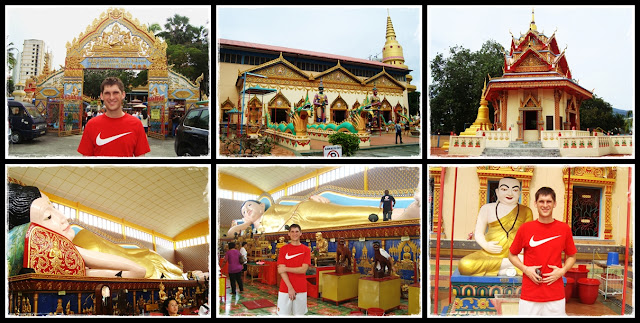 Sleeping Buddha/Wat Chayamangkalaram. This is a Thai temple I reckon. 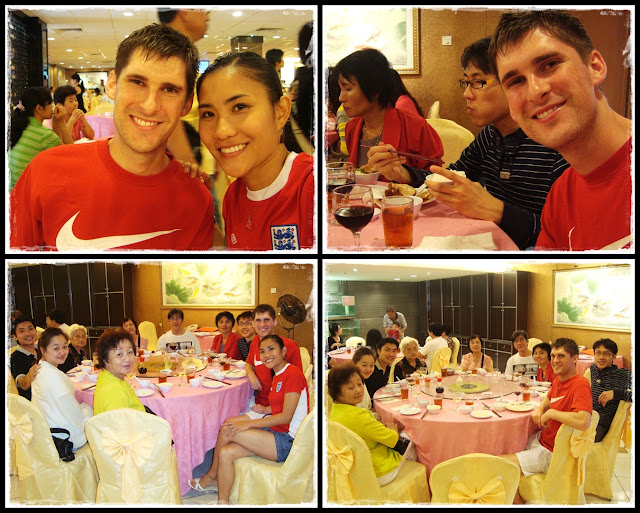 Mom & dad gave him a treat at CRC restaurant. 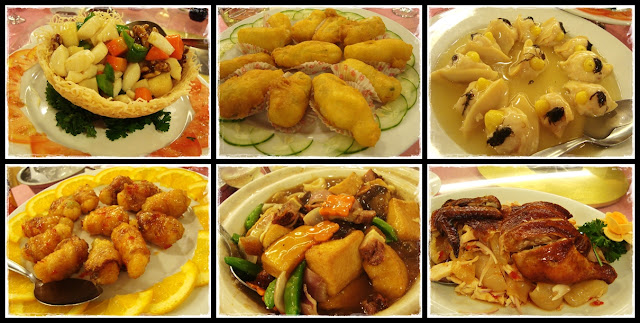 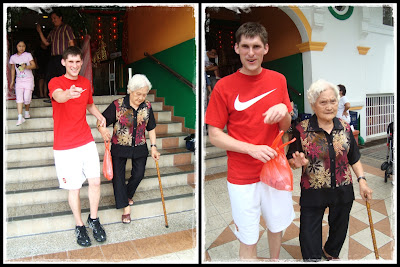 Pinang Peranakan Mansion. The place was kinda messy when we went coz ppl was gonna film something there I guess. This place is famous coz it was used to film several movies and drama series. 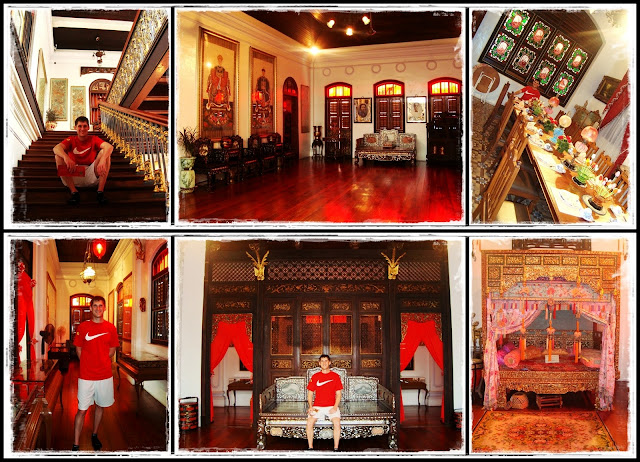 Peranakan, also known as Baba & Nyonya (the Straits Chinese), was a prominent community of Chinese that created a unique lifestyle and customs by adopting local Malays and the colonial British customs and traditions. 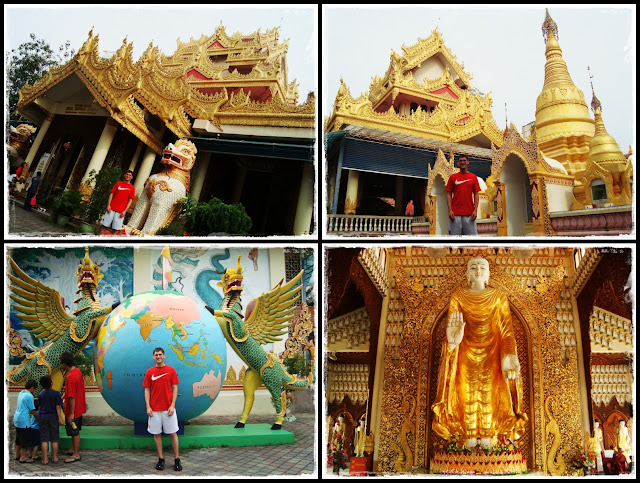 Why do we have so many different types of temples in Penang har? 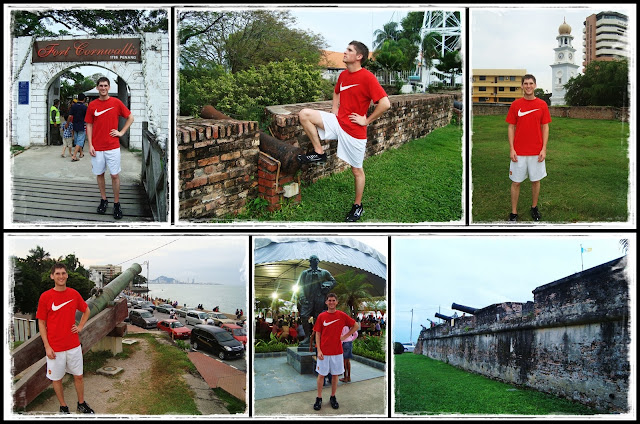 City hall and Town hall. There was a Chingay, Lion and Dragon dance parade that day but he was too tired so we decided to call it a day.

Dec 20: (Mon): Kek Lok Si
Was supposed to visit Kek Lok Si and Penang Hill but the tram to Penang Hill was under repair so we missed that. 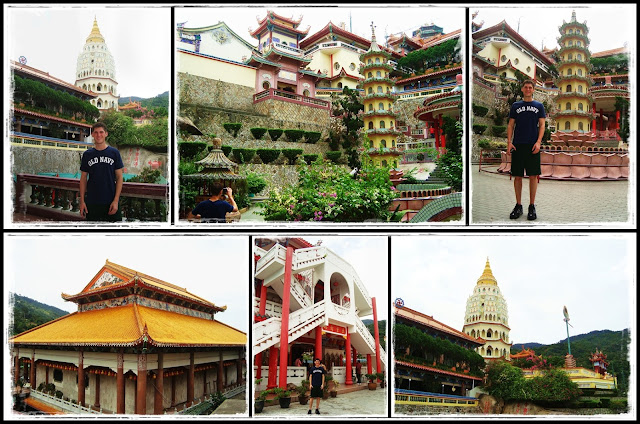 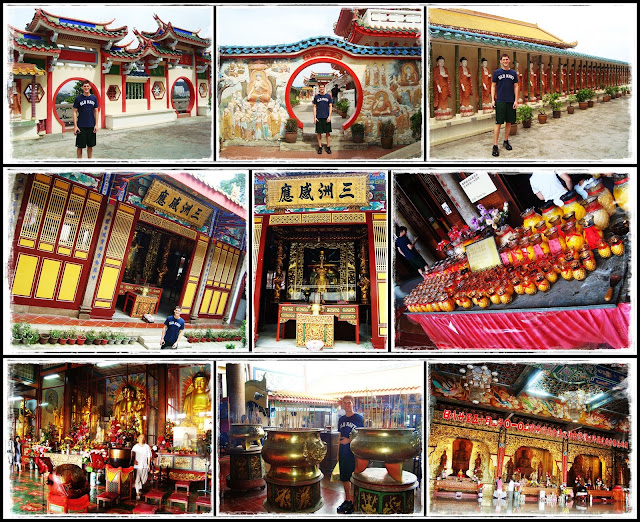 He's very interested in all these so we spent quite some time here.

Took some pics before going up the pagoda.

Climbing the stairs was alright but prob is the steps were so small!

View from the top of the pagoda. 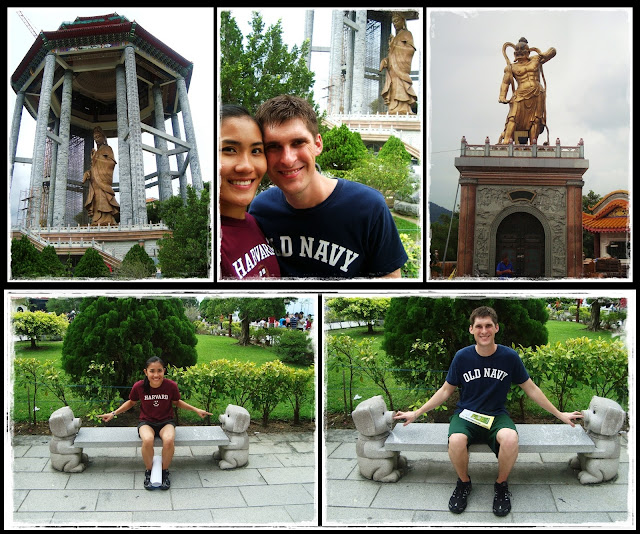 The old Kuan Yin statue broke so they're building this new one with shade for the statue. 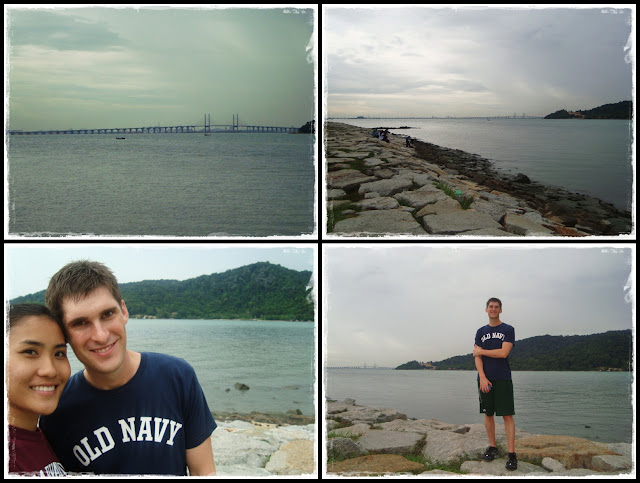 Stopped by Queensbay for a view of Penang Bridge. Look at the skies...rain's coming!

Farewell dinner for Daniel before we said bye bye to Penang. 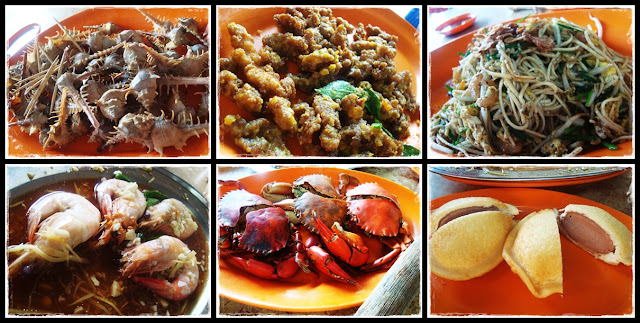 July 20-22 (Fri-Sun): UGRAD Malaysia Retreat @ Penang Island
Following our first retreat that was successfully held in Taiping last year, the recent returnees organized a weekend getaway to Penang last weekend. Malaysian UGRADers have been organizing annual gathering since the first batch in 2008 to reunite alumni and share their experiences with the new UGRAD scholars who will be embarking on their UGRAD journey to the US in August. This year, 11 UGRADers from all over Malaysia (2008/09: KhaShing; 2010/11: ChoonSian, ShiEe; 2011/12: Wilson, Nasha, YuPing, WeiJiet; 2012/13:  Carolyn, Cayenne, Dylan, Kalai)  traveled to Penang for this 3D2N trip. Thanks to Wilson, Nasha, YuPing, and WeiJiet for organizing this trip. 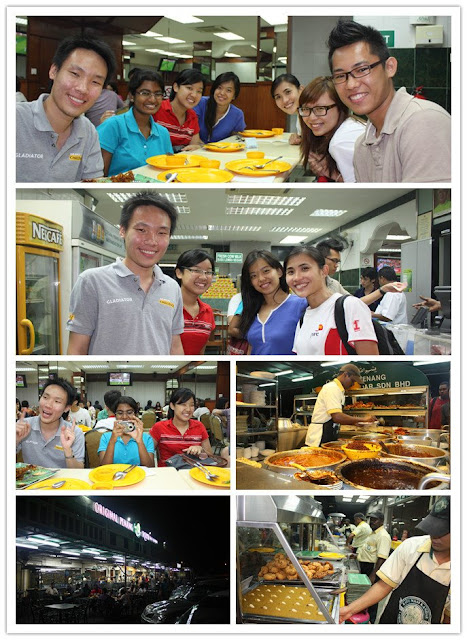 First stop: Had dinner @ Kayu right after the newbies arrived from KL. Without wasting any time, we started sharing all our UGRAD experiences with them and overloading them with tonnes of information...lol!! 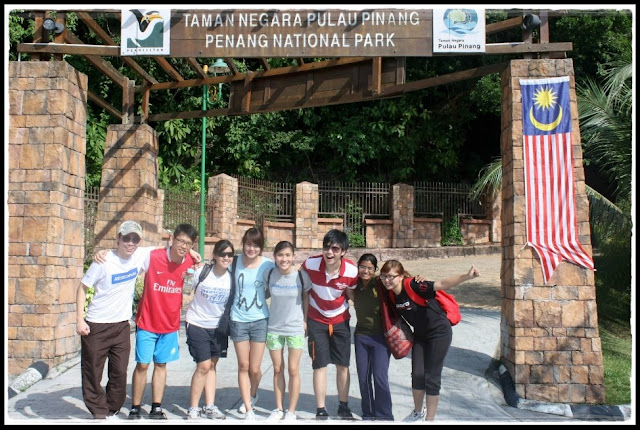 Woke up early on Saturday morning to hike from Penang National Park to Monkey Beach. I've never been here before so this was a good chance for me to be a tourist...haha!! =P 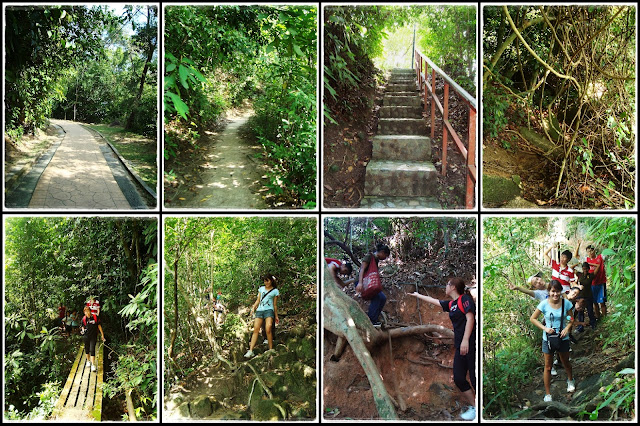 The entire journey took about 1.5 hours with some challenging routes along the way. We almost lost our way coz the signage wasn't clear. Seems like we were trying to give the newbies a taste of adventure before they begin their adventure of a lifetime...lol!! 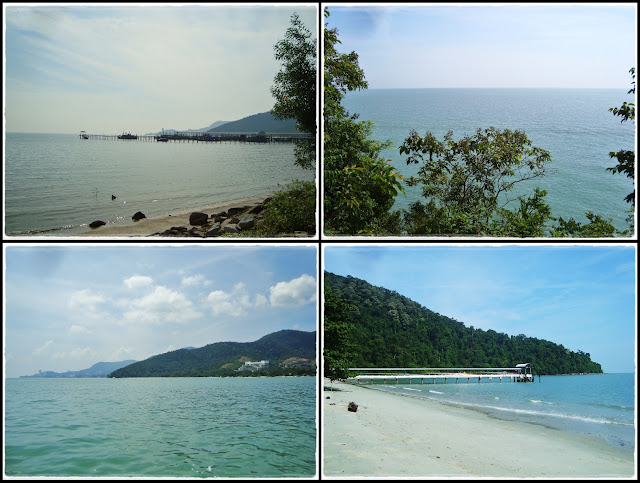 Some sceneries along the hike...not bad huh!! 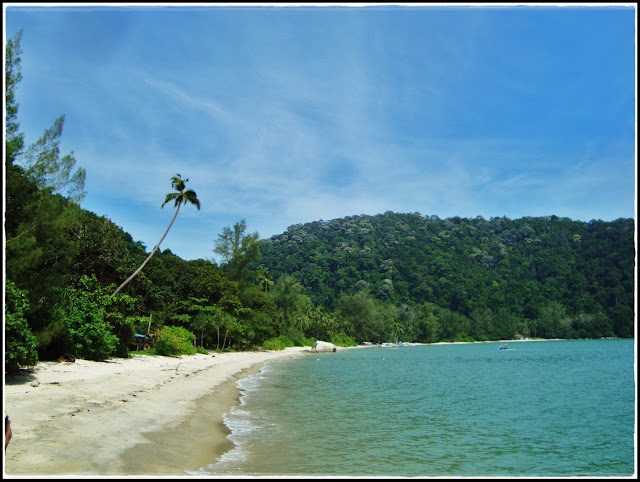 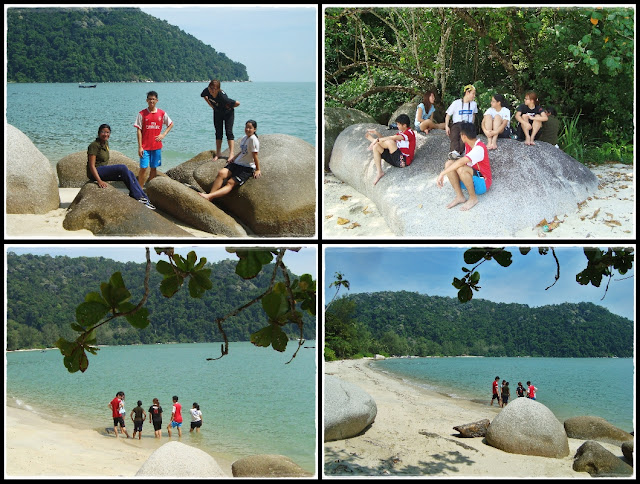 Sharing session on the beach...how cool is that!! 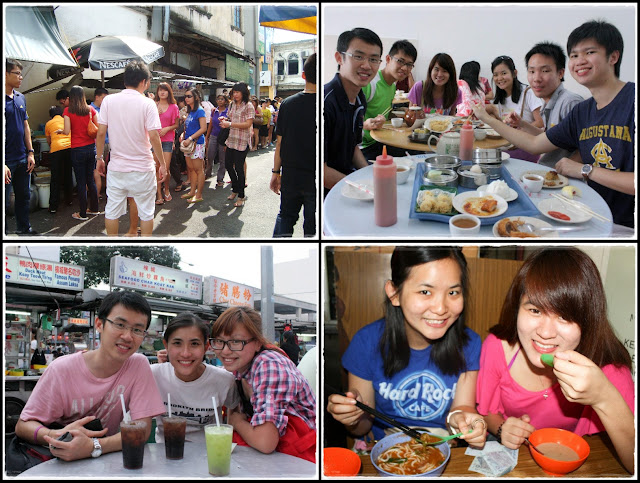 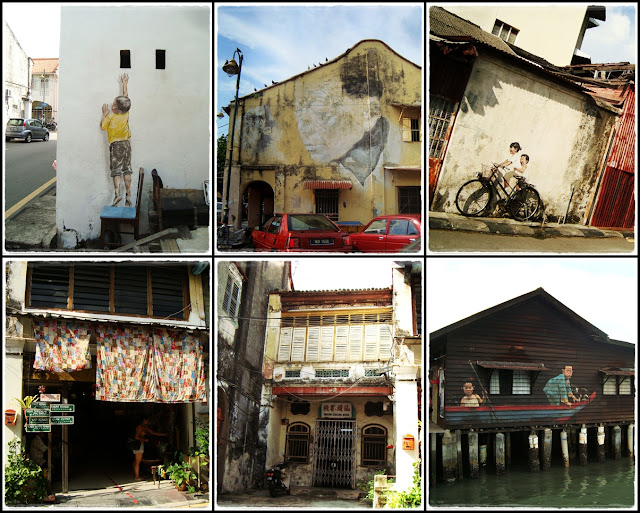 The big thing in Georgetown lately...street arts by Ernest Zacharevic. It's great to see all these interactive murals transforming the streets and landscapes of Georgetown. Locals and tourists have been flocking here to take pics with these artworks! 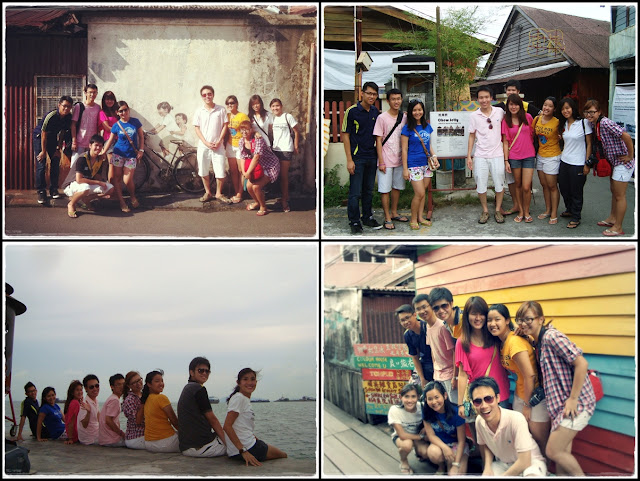 Thanks to UGRAD for bringing us together! It's pretty amazing how we bond as if we've known each other forever even though this is just the 1st or 2nd time we met!! =) Good luck and all the best to those who are leaving to the States soon...cherish this journey of a lifetime and make it worthwhile! =)

"A wonderful weekend getaway with the UGRAD family. Lotsa good foods, inspiring sharing sessions, bonding, heritage trail and jungle trekking! Good luck to juniors who are going to the US. For returned scholars - welcome back my friends, put on a show that never ends." - Wilson Beh (UGRAD 2011/12)

"Returned to lovely Penang with my awesome UGRAD family (new and old). Glad to have this chance to listen to such inspiring stories. Your determination and positivity really amazes me. Good food + heartfelt sharing sessions + upgraded friendships= a weekend well spent that can be summarized in one single word- meaningful!" - Nasha Lee (UGRAD 2011/12)
Powered by