April 2012...a month of turning dreams into reality...a month of adventures...a month of eat+sleep+rest+travel+race...a month of achieving crazy 'records'. =P In the effort to remember this memorable month, here's a list of crazy things we did/'records' achieved in April 2012. Also some of the 'souvenirs' that we brought back from the race. =P

1. Most cabs taken within a month 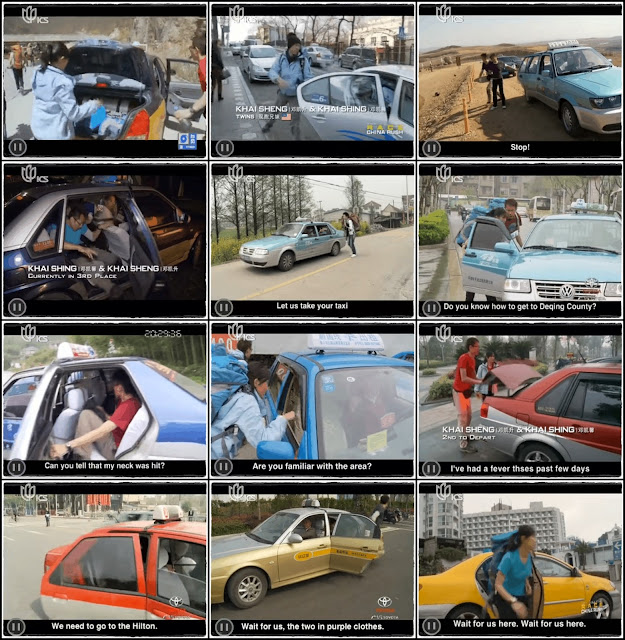 Compilation of all the cabs that we took during the race...lol!! Fortunately, most of the cab drivers that we had were really nice. =)

I was digging through the stuff that we brought back from the race and found these 'faded' cab receipts...lol!! Can't believe we actually kept all these!! =P

2. Most hotels stayed within a month 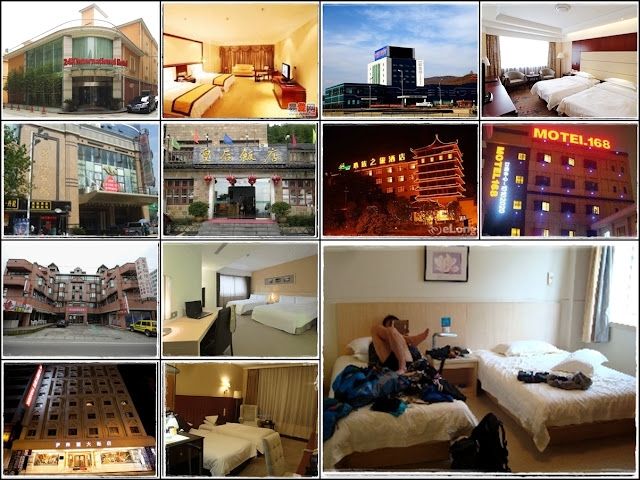 14 hotels in a month...average 2 nights per hotel. =P I didn't have my camera with me during the race so I came back and looked up all these hotels on google...haha!! =P

3. Most flights taken within a month 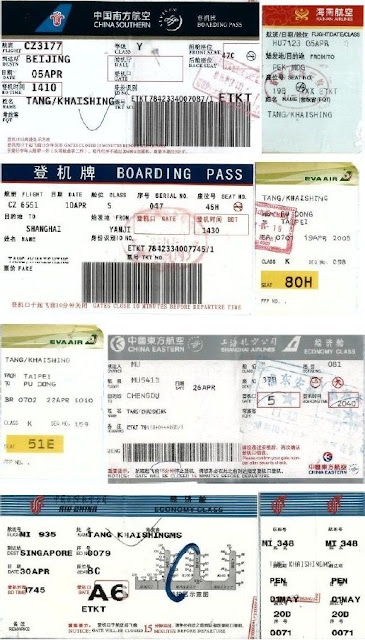 Some of the boarding passes that I kept. We traveled quite a lot by bus though.

4. Most I've slept in the last few years
5. Most TV I've watched in a month
6. Most packing I've done in a month
7. Longest I survived without internet/computer

Since we weren't allowed to use internet/computer throughout the race, there was nothing much we could do when we were not racing. We just bummed in the hotel, slept a lot (at any time of the day), watched TV (we were so bored to the extent that we started watching Thai dramas), hand-washed & used hair-dryer to dry our clothes, and was constantly packing and unpacking our backpacks.

8. Most sewing I've ever done

We purposely bought these 3 plain t-shirts from Uniqlo for the race. These t-shirts are actually guys cutting but guess what I did while bumming in the hotel, I requested for about 10 packets of sewing kit and started sewing the inner-side of my t-shirts so that they fit me better...not bad huh...lol!!!

9. Nerdy things we did during the race 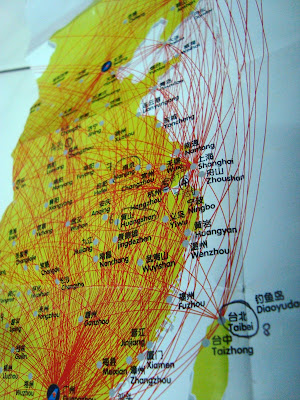 Desperate times call for desperate measures. We had no google map but wanted to have an idea of which part of China we were heading to during the race so this was my version of 'Google map placemarks'...hahaha!! =P

We had a notebook to document about the race (just in case we made it to the finals). =P And our own version of Wikipedia's team ranking...we are such nerds...lol!!! 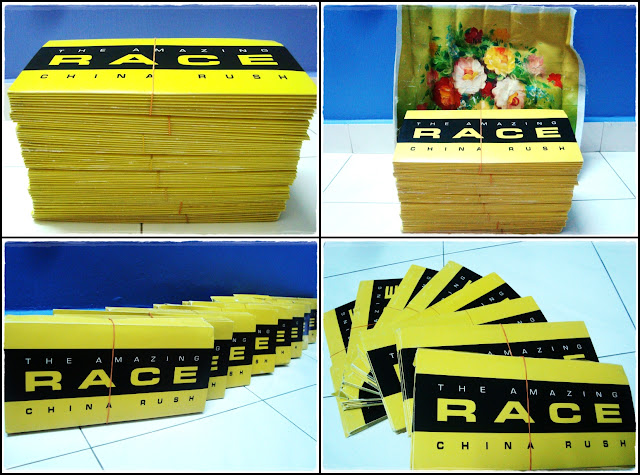 We kept all the clues & envelopes that we received throughout the race and carried all of them in bro's backpack as we raced. This is a complete set from Leg 1 to Leg 8. =P
Powered by